Every year, between the months of May and November, Humpback Whales undertake their migration along the eastern coastline of Australia. Eagle-eyed Sydneysiders may spot the whales from a number of vantage points along the coast. But if you want the chance to get a little bit closer there is only one way you’re going to do it, and that’s being out on the water! Sydney is one of the best places in Australia to observe whales. 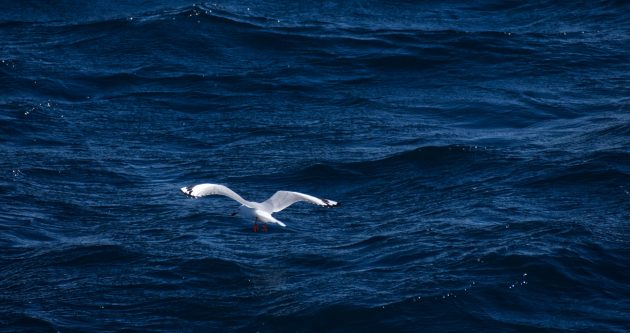 The annual migration of Humpback whales takes place between the months of May and November.

According to Wild About Whales, Humpback whales migrate on average approximately 5000km, which is one of the longest migratory journeys of any mammal.

Regarding time of day, I have done both a morning and afternoon session of the Go Whale Watching cruise, and the morning was significantly better for Humpback whale watching.

According to ORRCA during the Southern migration whales will tend to travel closer to the coastline to allow the calves to feed and rest and numbers will peak in October. Mothers and calves will often be accompanied by males to protect from predators.

The eastern stretch of coastline of Australia has become fondly known as the Humpback Highway due to the volume of whales that travel it. It is one of multiple Humpback whale migration routes in the world. Humpback whales do not generally cross the equator, the southern population all migrate to the nutrient rich waters of Antarctica in Summer, and the warmer waters alongside South America, Africa and Australia for the Winter.

Numbers have been increasing every year since the end of commercial whaling, researchers from the Organisation for the Rescue and Research of Cetaceans predict over 35,000 Humpbacks will travel the Humpback Highway in 2020.

It’s rare to see Humpback whales in Sydney Harbour, so expect to have to go out past the heads to the Humpback Highway where you have a good chance to see them. The plus side of course is you’ll get some great photo opportunities on your way! And while cloudy days may not always bode so well for weather and water conditions, they definitely make for good photos! 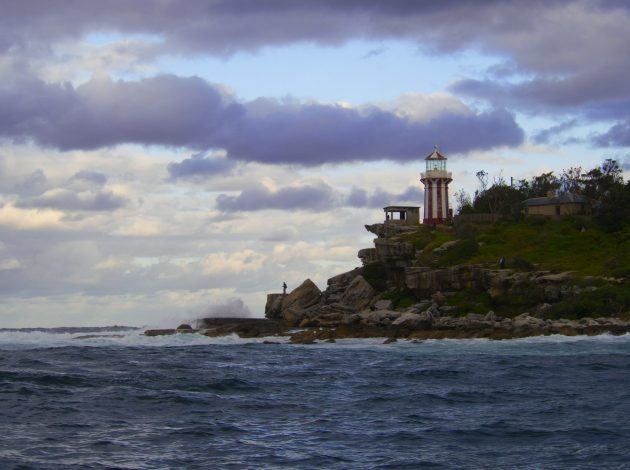 Go Whale Watching is a family owned and operated business with a number of boats. While I was on two different boats each cruise, they were both clean and comfortable, and the company had ensured the number of people on board were strictly within state legislated requirements.

Once out past the heads onto the open sea, the crew are positioned around the boat keeping watch for the telltale signs of the Humpback’s presence, a burst of water against the sky as they surface for air. They tell all the passengers to keep watch too, but it is the practiced eyes of the crew that inevitably spot them first. 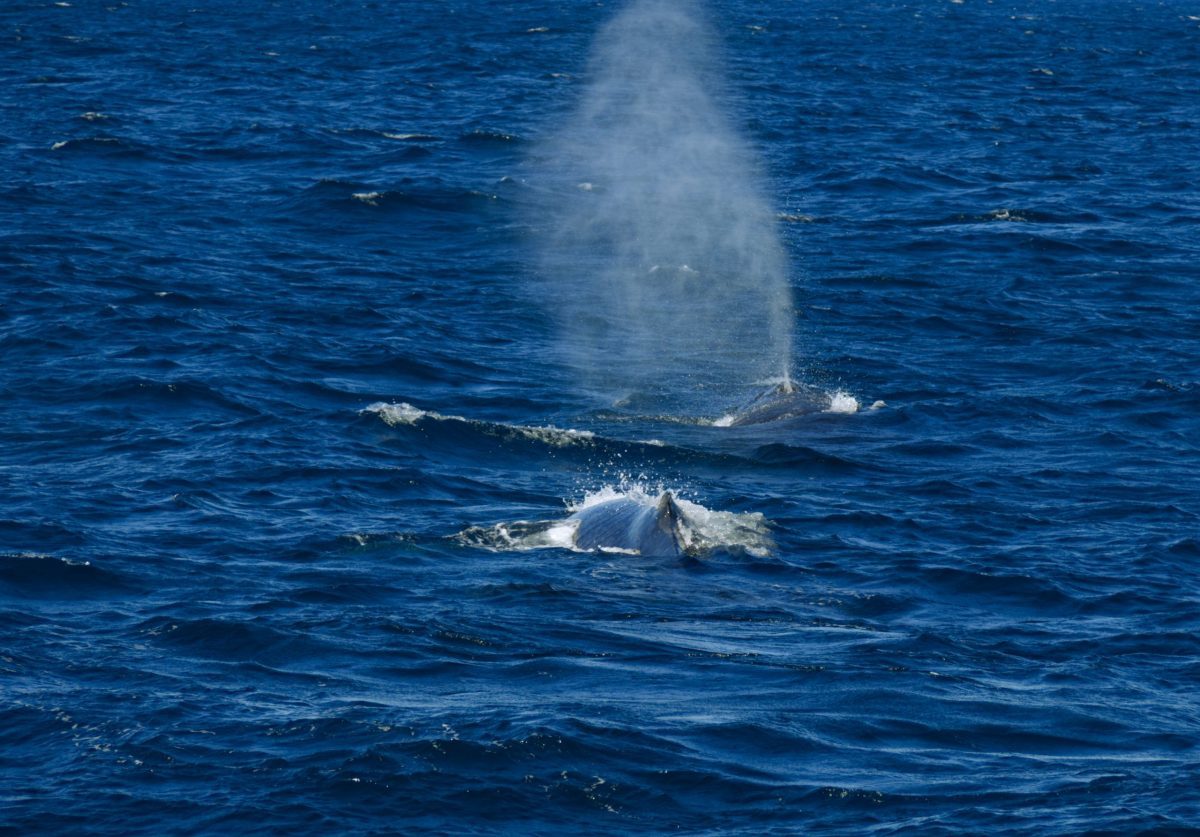 Once spotted the crew will travel as close as they can to where the whale was spotted, and wait. Humpback whales need to come up for air regularly so eventually they will surface again, though there is no guarantee it will be in the same location. All boats are only permitted to go 100m from the whales. Anything closer than that is up to the whales.

Fortunately for the eager onlookers, Humpback whales are curious creatures so sometimes a cruise gets lucky. Once the whale surfaces the crew tells passengers to make lots of noise, to try and hold the whale’s attention and pique its curiosity.

You may be lucky to see some of these exhibited by whales on the cruise. It took me three trips to capture all of these so don’t be disappointed if you don’t see some of them on your first attempt.

We’ve all seen those epic shots of a whale leaping out of the water, it’s the crown jewel everyone wants to see.

Unfortunately, the one time it did happen on my second cruise I was on the other side of the boat and all I ended up capturing was the splashy aftermath!

On my third attempt though, luck was with us as the captain of the boat spotted the holy grail, a repeatedly breaching calf in the distance, and hot-tailed it over. This calf was having a grand old time putting on a spectacle for the surrounding boats and we got to watch him for at least 30 minutes. Mum didn’t join in the fun but made herself known from time to time. 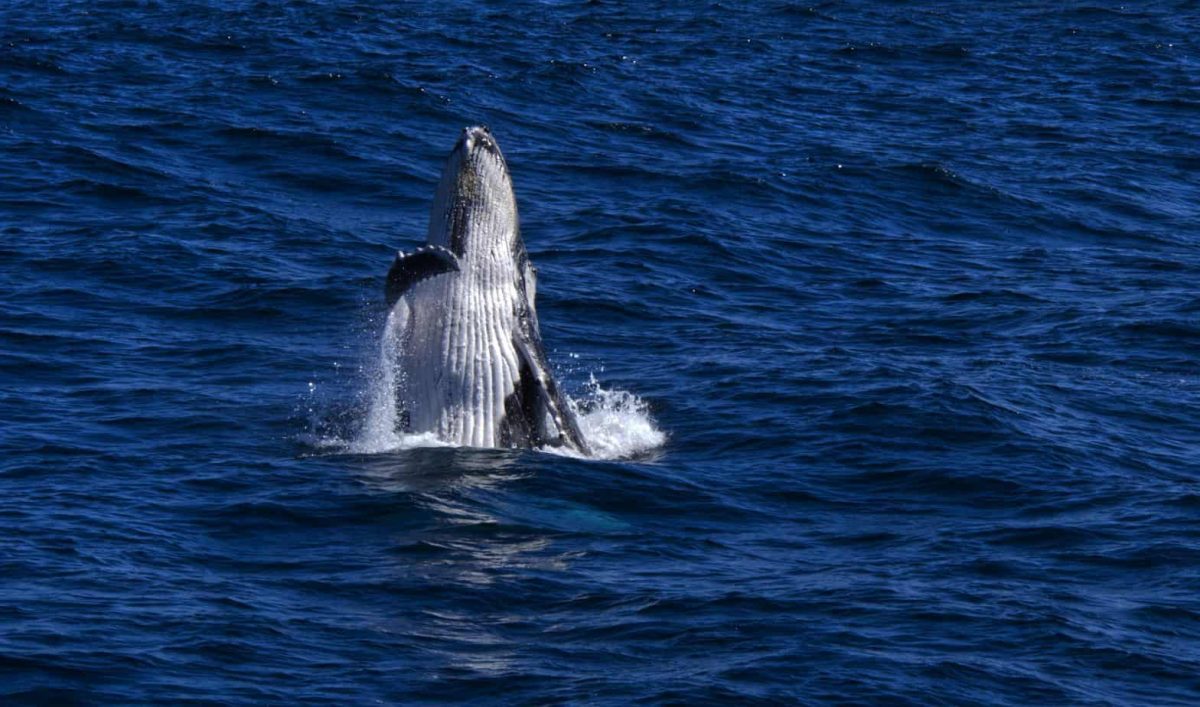 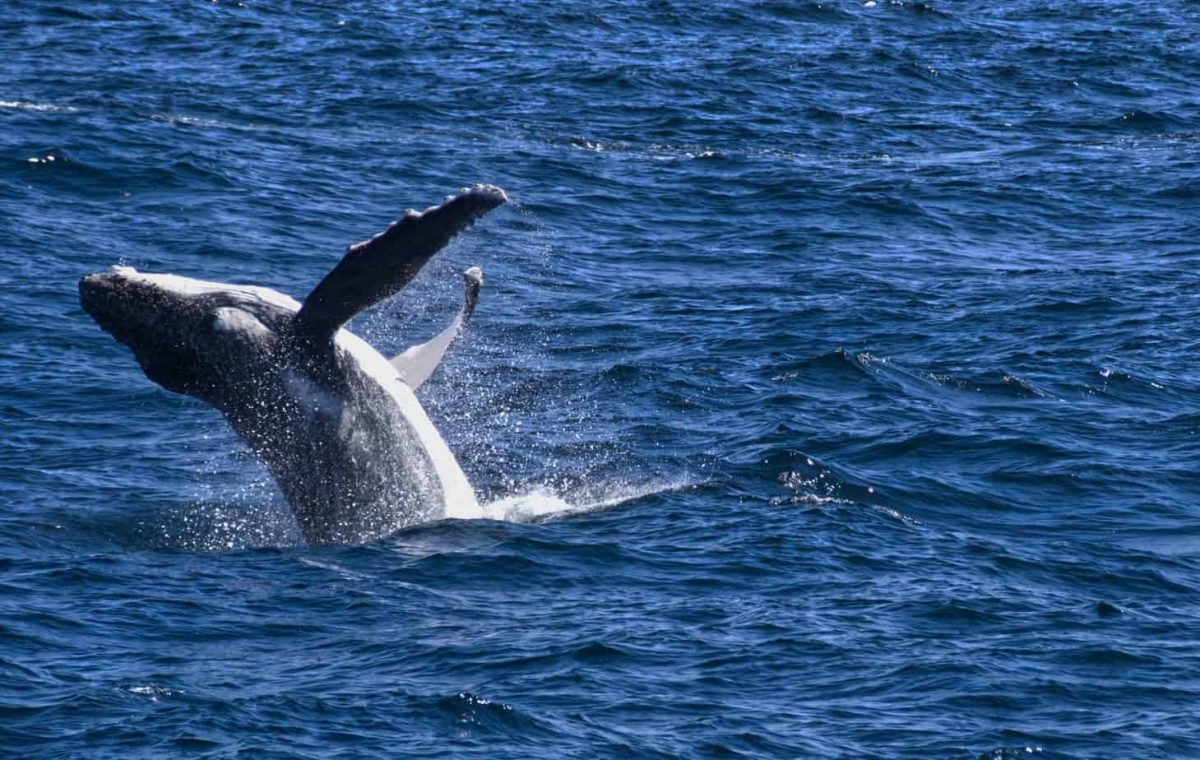 Also known as lobtailing, dolphins are also known to do this. The whale lifts its tail out of the water and slaps it down to make a loud noise. They may also slap the water with their flippers.

This is known as a Fluke Up Dive, when the tail lifts as the whale dives back down after surfacing.

This is where the whale pokes it’s head straight up out of the water to take a look around. 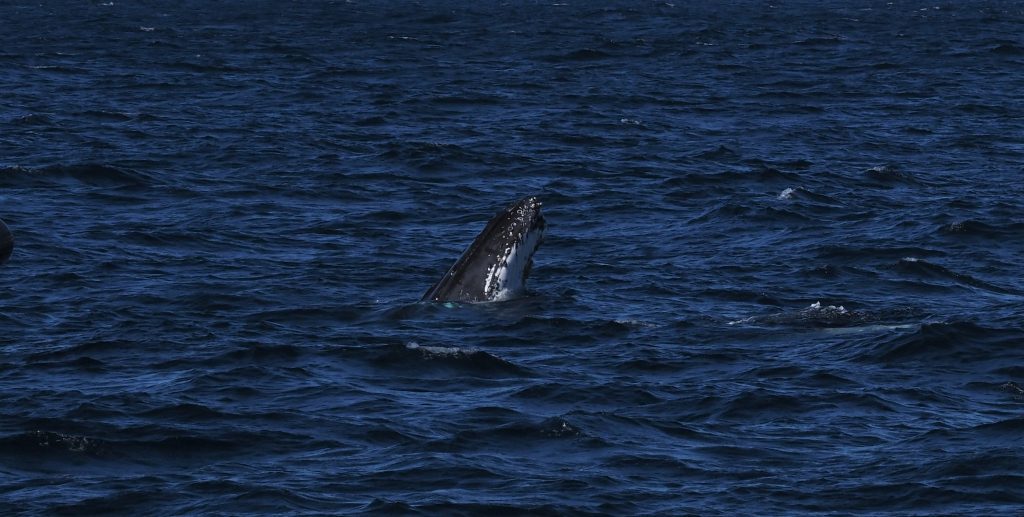 Check out this calf poking its head up for a look in between leaping out of the water. If you look closely you can see its eye. 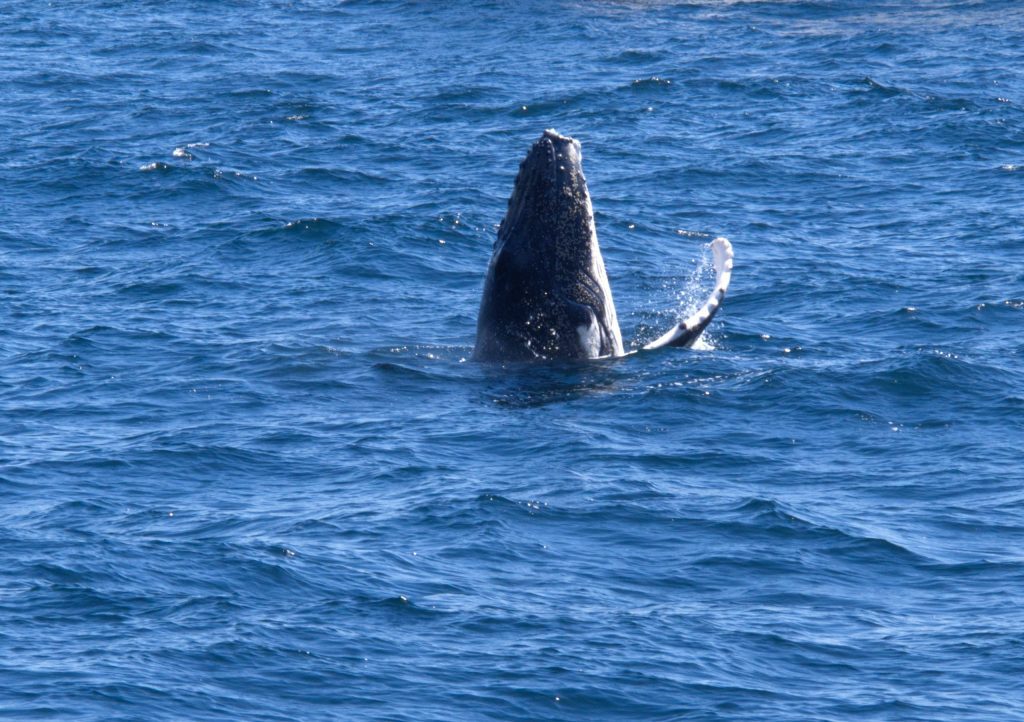 We were lucky enough to have a number of whales engage in this behaviour, which is when the whale approaches the boat and swims around it.

Several were curious enough to poke their heads up to check us out, right near where I stood! 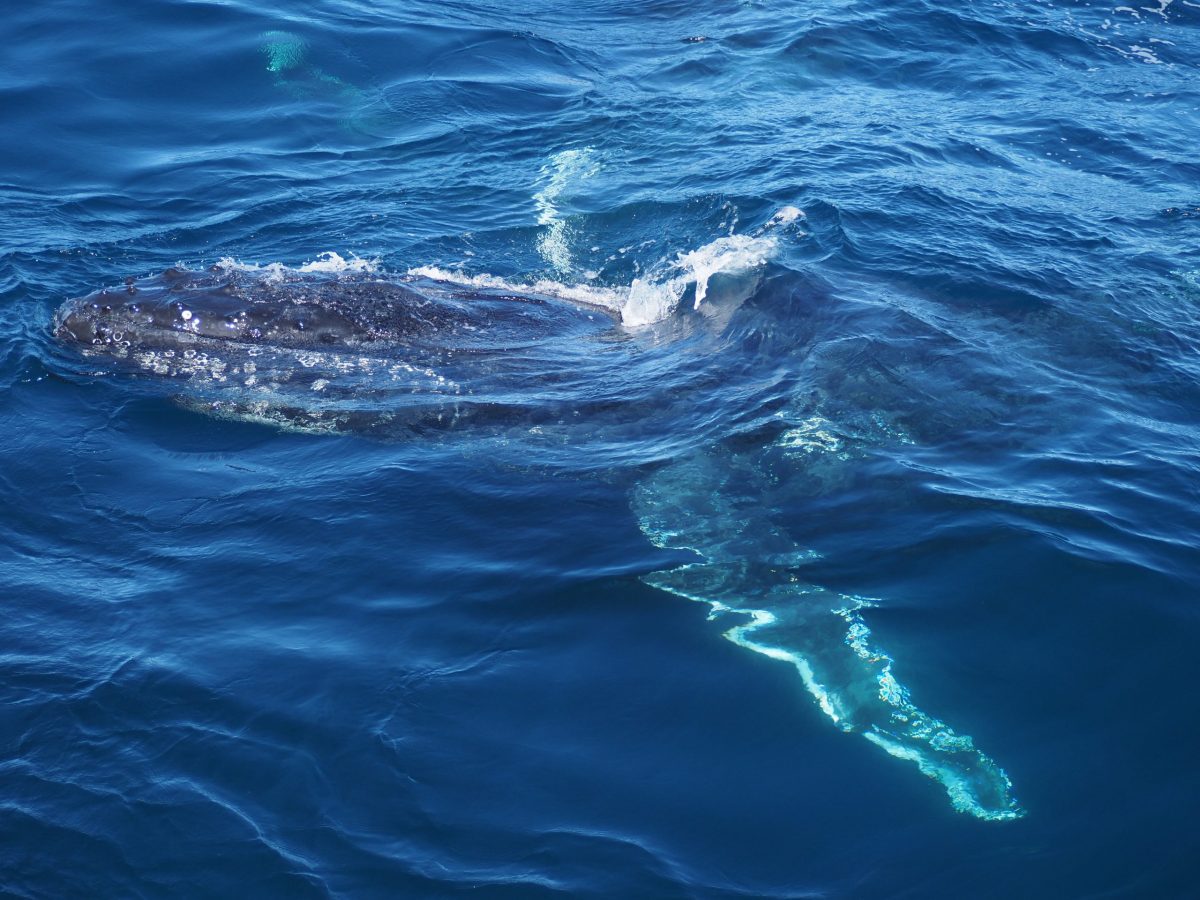 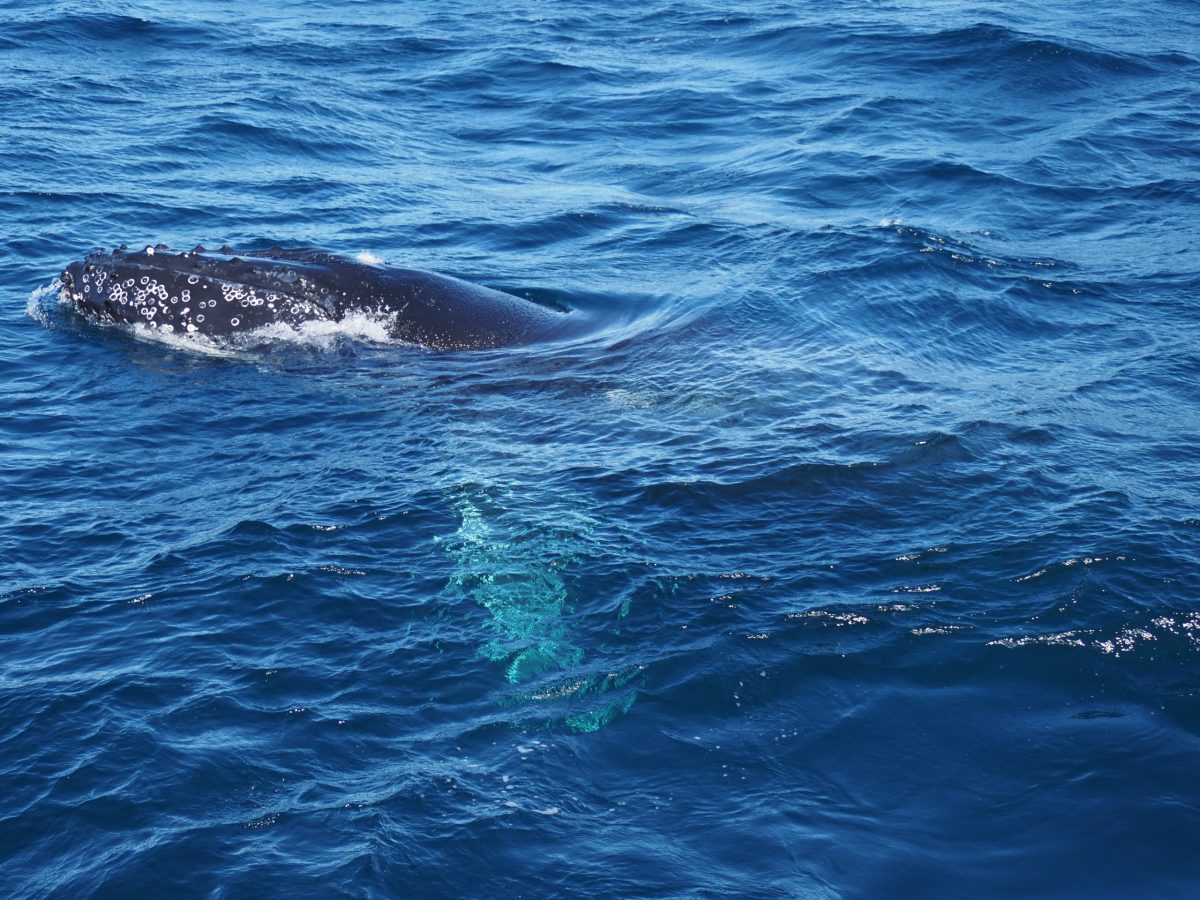 This behaviour is potentially less likely to be observed when it is a mother and calf, as mum will actively put herself between the calf and the boat.

Tips for having a great Whale Watching experience

1. The whales are more active earlier in the day. While the experience of being out on the ocean when the sun sets and the nighttime vista of Sydney coming back into the Harbour is pretty special in its own right, the timing means that the light is likely to be poor by the time you get out far enough out.

2. Check the weather. While cloudy days make for great photo lighting, it would be a bit miserable being poured upon.

3. Check the wind. You might not think about this one but it’s critical to a good experience, trust me on this one. According to the Bureau of Meteorology winds of 26 knots or more will indicate rough conditions for small boats. That’s 48km per hour.

4. If you’re a bit funny on the motion sickness thing, even if you aren’t expecting rough seas, it’s just a good idea all round to take a tablet 30mins before.

5. Wear a spray jacket. It will provide some warmth as well as protection from an errant wave. It’s not much fun sitting in wet clothes for a few hours. 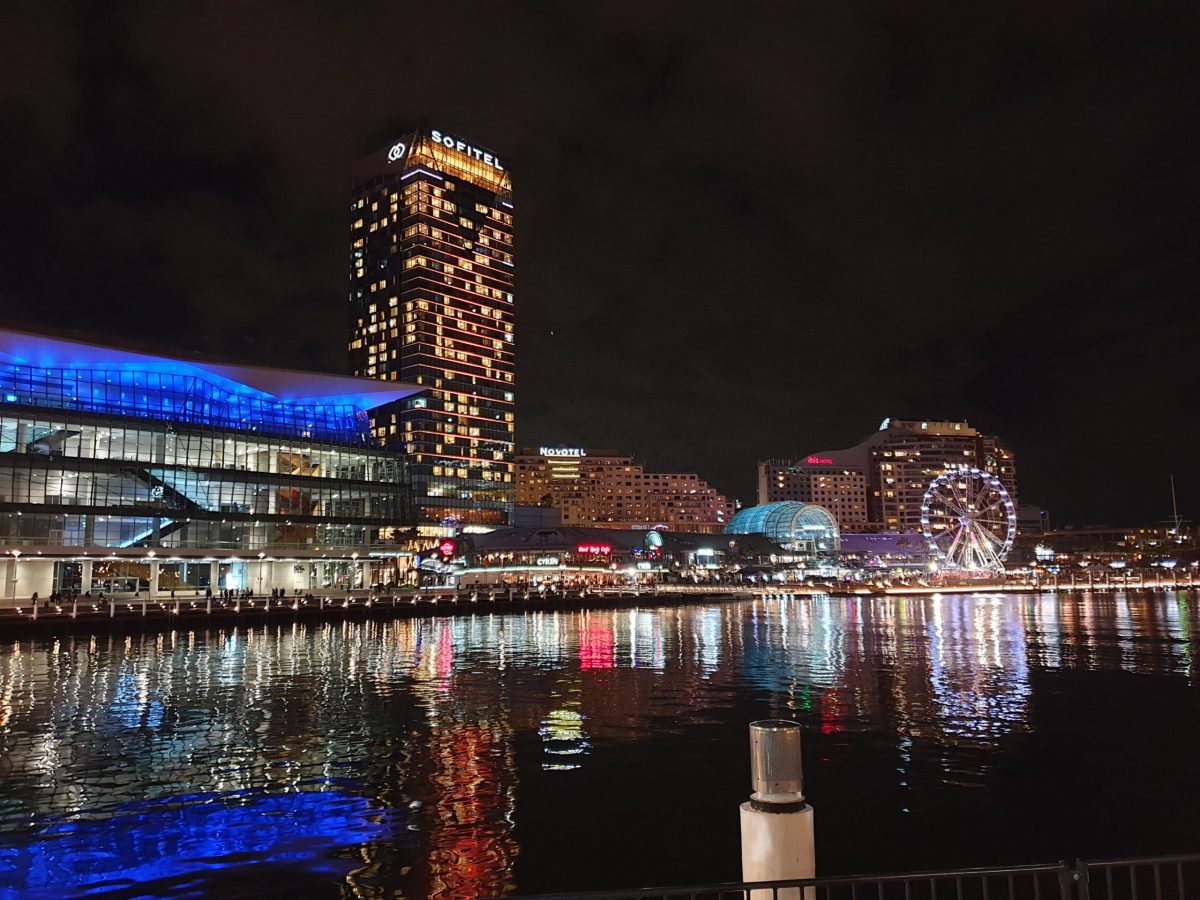 Tips for photographing the Whales

While I am no professional, there are a few things that improved my chances of getting great shots.

2. Don’t shoot full manual. Again, they aren’t going to say cheese and smile for you while you fiddle with your settings. I shot on Shutter Priority mode and let the camera set the rest.

3. Continuous shooting. Auto focus between shots takes precious moments, I figured out pretty quickly I was going to do better by having my camera set to take a burst of shots if I held the button down. It’s easy enough to delete the excess later and better than lamenting that moment you missed. Depending on your camera you may also be able to set to continuous focus.

4. Put a zoom lens on. I was shooting with my 40-150mm lens, which is equivalent to a 300mm on a full frame camera. I was lucky to have the whales come in nice and close for some head shots but its completely up to the whales how close they come. Chances are you’ll be shooting from a little way off. 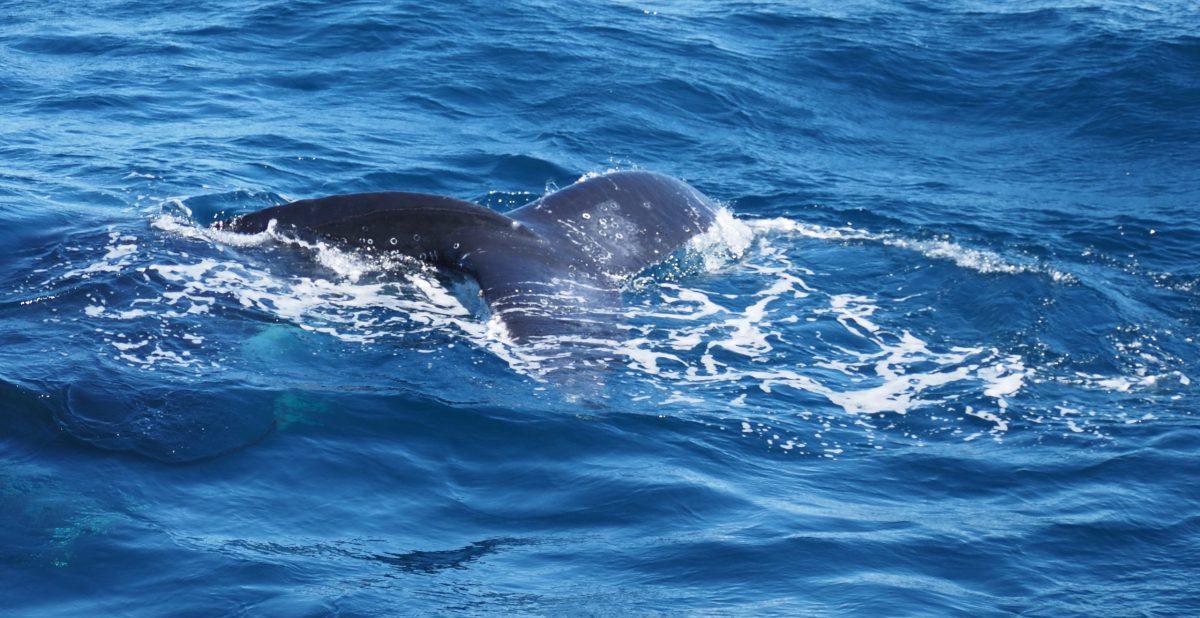 Book through Groupon for a great price on your cruise!

Parking is available nearby at Darling Quarter, approximately 10 minutes walk from Pier 7.

If you want to make a night of it, check out the options for accommodation in Darling Harbour below. 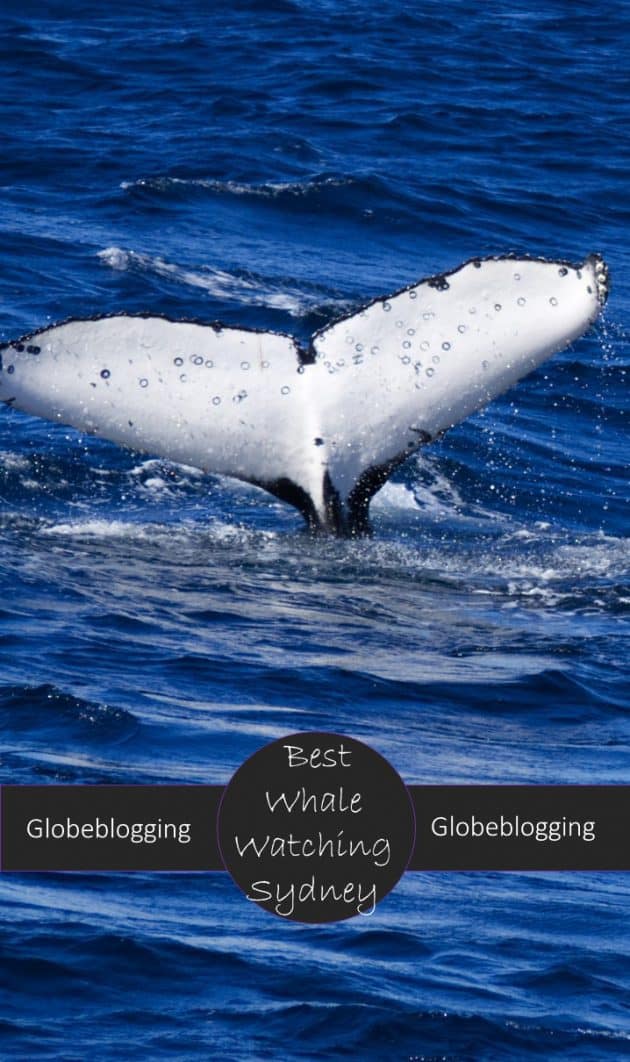 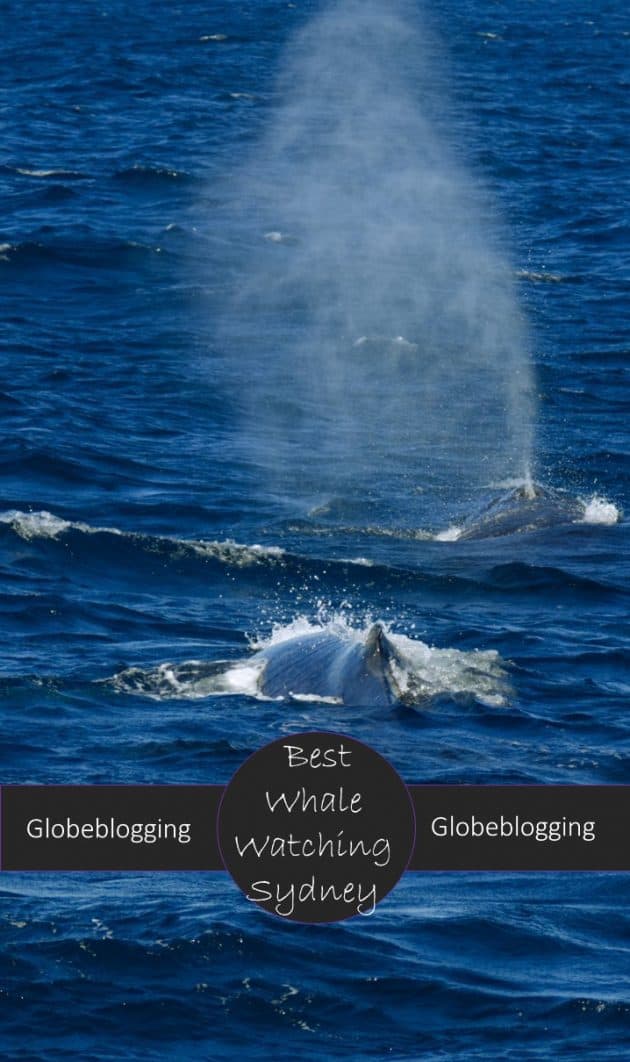 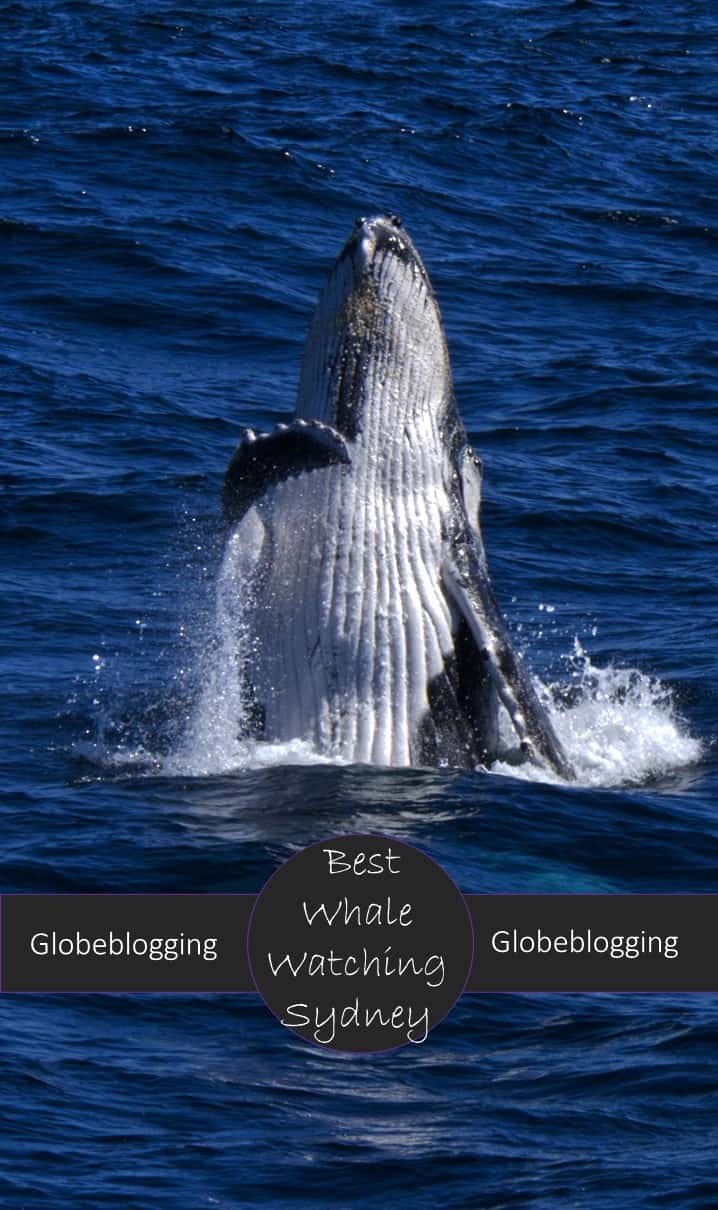