You don’t have to look too hard to find postcard perfect scenes in New Zealand, and Wanaka is no exception.

Situated on Lake Wanaka, the town of Wanaka (pronounced Won-ah-ka) offers views of the snow capped mountains of the Southern Alps across the water and is the launch point for Mount Aspiring National Park. Although it had been recommended to me by my kiwi best friend, when mapping out my New Zealand South Island road trip it was a diversion from my route. I thought at a stretch I might be able to make a Wanaka day trip, given the distance from Queenstown to Wanaka is less than seventy kilometres.

After a stretch of unusually bad weather on the South Island that saw Queenstown’s Lake Wakatipu nearly bursting its banks, I was left unable to get to my next destination when the only road to Franz Josef was taken out by landslides. I had to cancel and rebook the final days of my trip, and find a different route back to Christchurch in order to get my plane home. I was on the wrong side of the island to head back the way I had come.

And that’s how I ended up in Wanaka.

This post contains affiliate links. Making a purchase through these links earns a small commission at no additional cost to you and is a great way to show your support for this site.

Where to stay in Wanaka

I stayed at the Manuka Crescent Hotel, a few kilometres out of town. Due to the weather they had a number of cancellations and I was one of very few guests, so was lucky enough to be upgraded to a family studio for no extra charge. It was nothing fancy but it was clean, comfortable and spacious and reasonably priced. It was self-contained, which is a big point in favour if you are looking to save money on eating out. They also took the credits I had on the booking site from the cancellations of my other accommodation.

Where to eat in Wanaka

If you’re a coffee lover, Head to Urban Grind on Ardmore Street, a short walk from the lakefront. Not only are their brunches really tasty but their coffee is from a Christchurch company called Underground. I don’t think it is the same Underground as we get in Australia, but it was darn good all the same and had me going back there!

What to do in Wanaka

While there are plenty of things to do in Wanaka, if you are passing through and only have one day in Wanaka like I did, you’ll need to prioritise. So there are a few places that need to be on your Wanaka itinerary, especially if you are seeking those great photo locations.

Believed to have grown from a willow fence post at a sheep station, the willow tree growing out of Lake Wanaka has become a social media sensation for photographers and travellers alike. It is easily the most instagrammable spot in Wanaka. While there is nothing particularly special about the tree itself, it does make for a lovely shot with the mountains in the background.

Unfortunately due to flooding when I was there, despite hiking around the lake to try and get to it from the other side of town, this was the closest I could get. It was still a very pretty walk around the lake though! 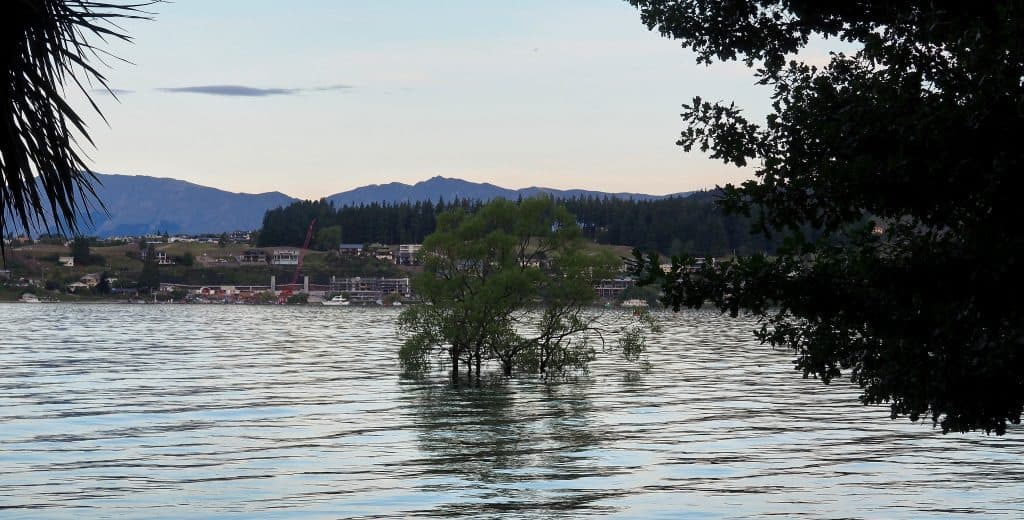 If you happen to visit at a time when half the town isn’t underwater, you might be luckier to catch an image more like this one courtesy of Alyse from The Invisible Tourist. 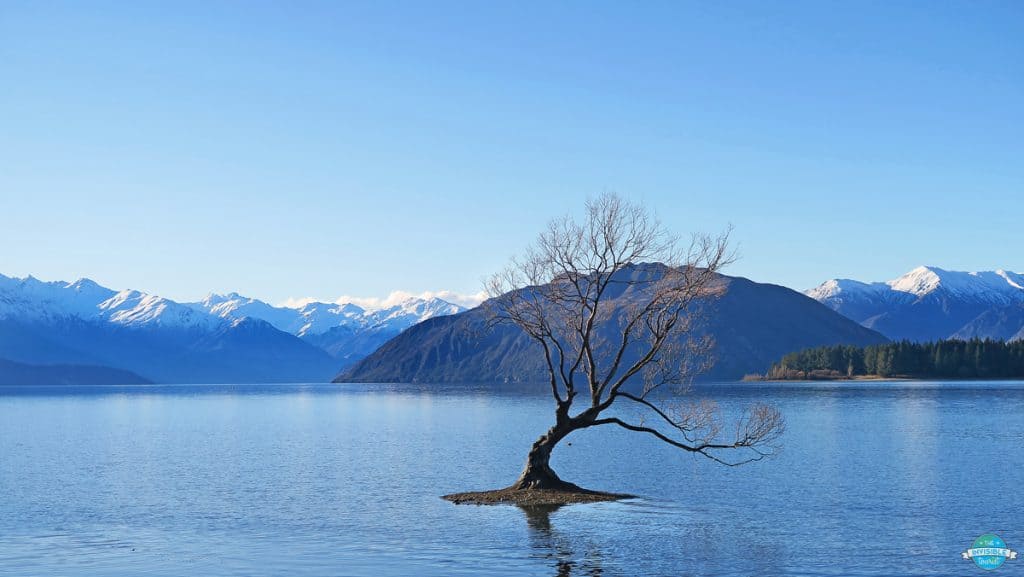 Or if you’re up early you might get a photo like this spectacular shot from Jakub at Czech The World. Sunrise is one of the best times to photograph the Wanaka tree. 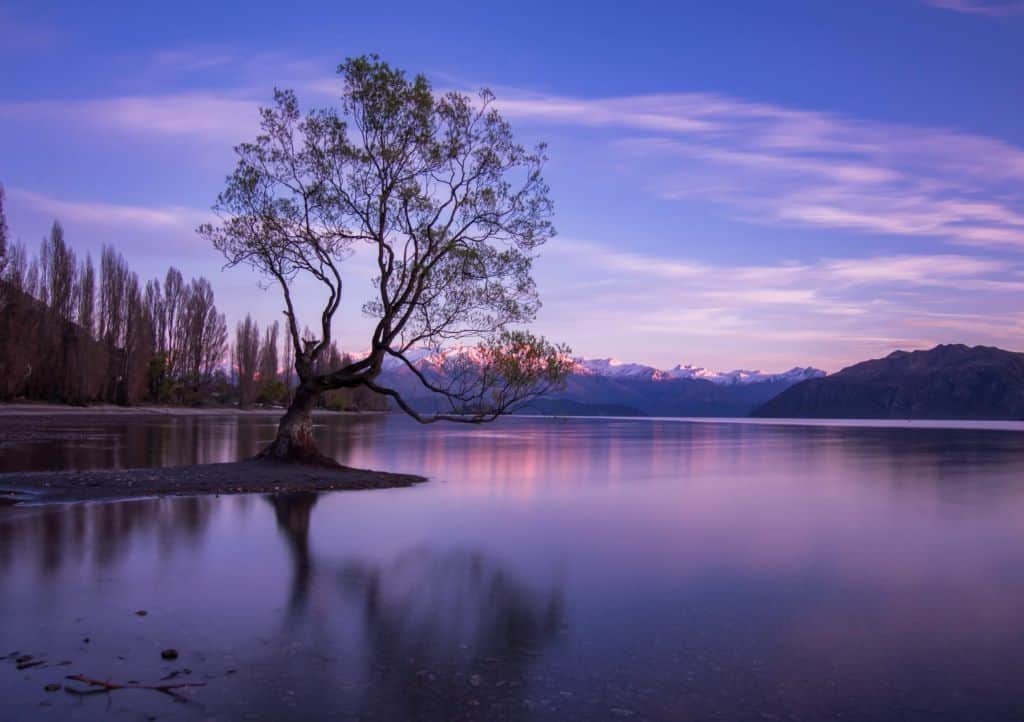 Unfortunately some recent vandalism to the tree has resulted in the lower branches being removed.

There’s no denying the lake with the snow capped mountains of the Southern Alps reflecting off the water is pretty exceptional viewing. It’s worth taking a cruise on the lake just to get a better look! There are also islands in the lake that you can land on and hike up for spectacular 360 degree views. The Ruby Island cruise and photo walk will give you the chance to get those Instagram worthy shots with the Alps in the background.

Unfortunately due to the water levels when I visited we were unable to disembark on Ruby Island as the dock was underwater. It still gave me the opportunity to get some great shots and see the landscape of the area. The boat is also licensed, so you can kick back with a beer or a glass of bubbly while you cruise and hear about the region. 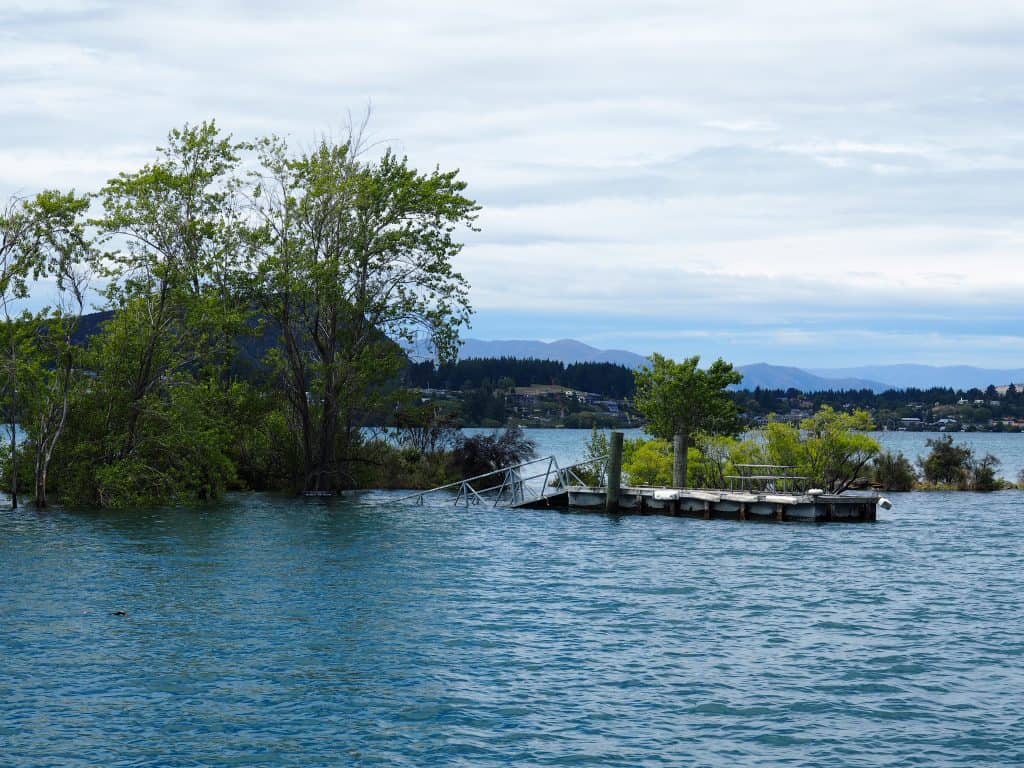 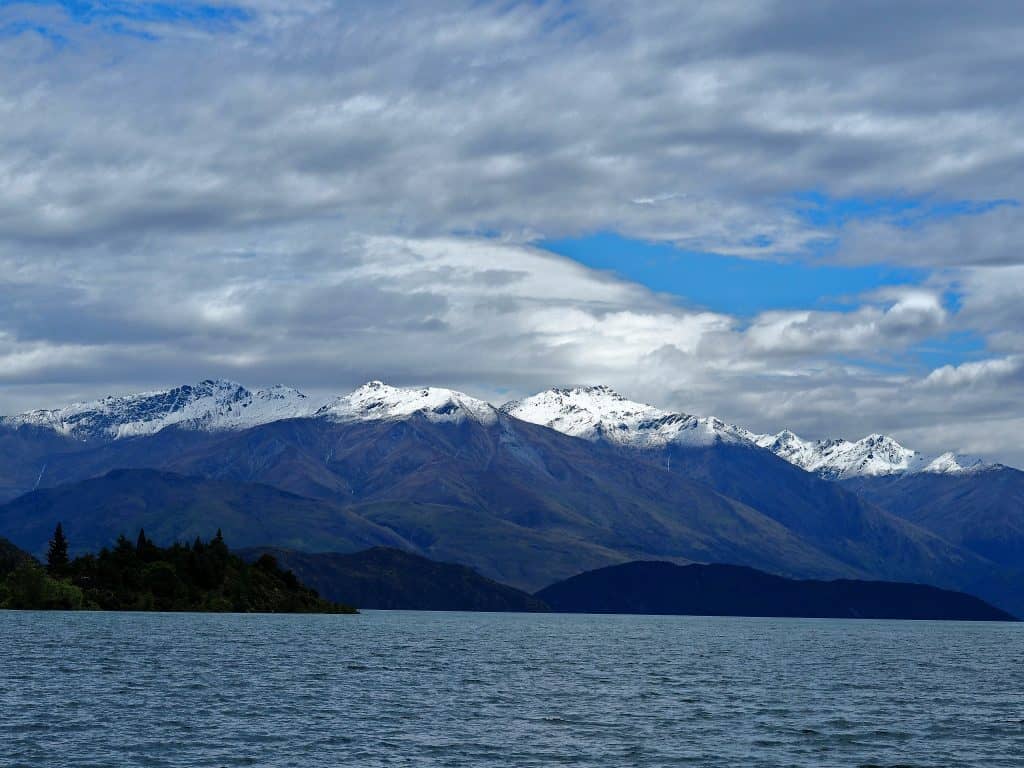 Location: The collection point is the old jetty on the lakefront on Ardmore Street.

Operating Hours: Cruise departs at 1pm, you’ll be contacted to confirm your booking.

Definitely one of the top things to do in Wanaka with kids, don’t make the mistake of thinking that this amazing place is just for the little ones, Puzzling World is just as much fun for adults! Especially if you love those tricky perspective shots!

Located just a five minute drive from the Wanaka town centre you can’t miss the leaning tower at the entry! You may have to wait a while for your opportunity for a clear shot though!

Now I’ve been a fan of giant mazes since I was a kid, so that on its own would have been enough to get me there. Built in the 1970’s it was the first of Puzzling World’s attractions and a concept the designer rolled out in twenty five other countries in the 1980’s. A passion for continuous improvement now sees this exceptional place full of various optical illusions that can confuse our brain. The tilted room even had me feeling woozy, and does come with a warning for people with balance issues!

You won’t escape from the feeling of being watched in the Hall of Following Faces. They are cleverly sculpted to appear as if they watch your every move, no matter which way you turn. 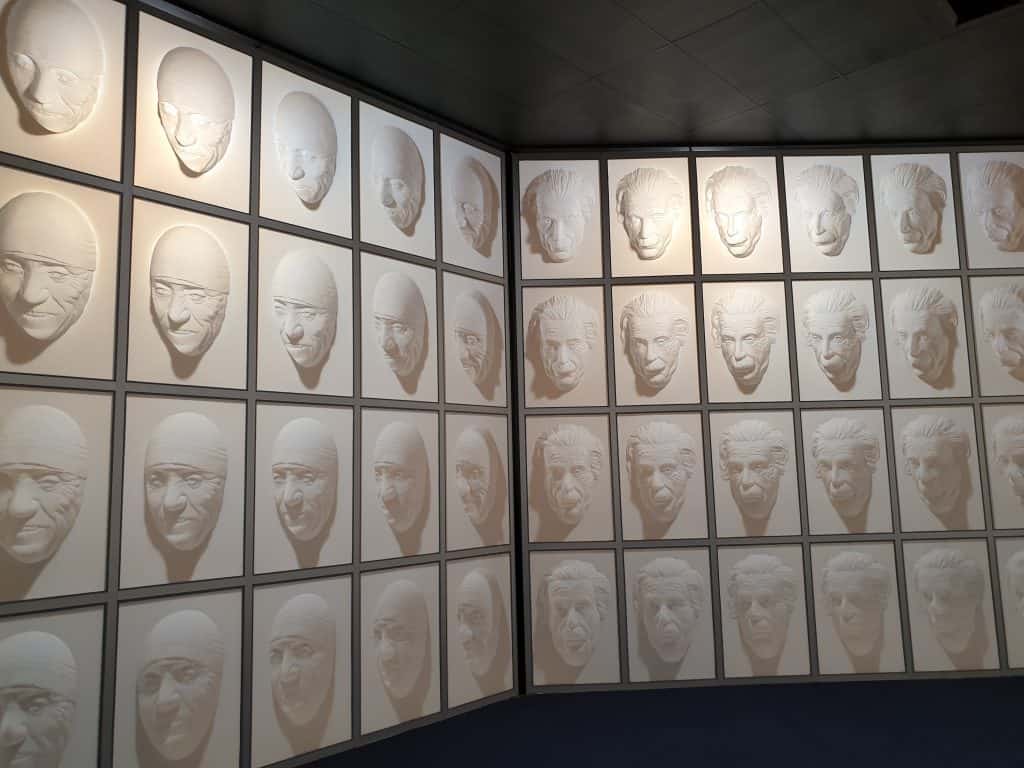 The walls in the cafe seek to fool you… 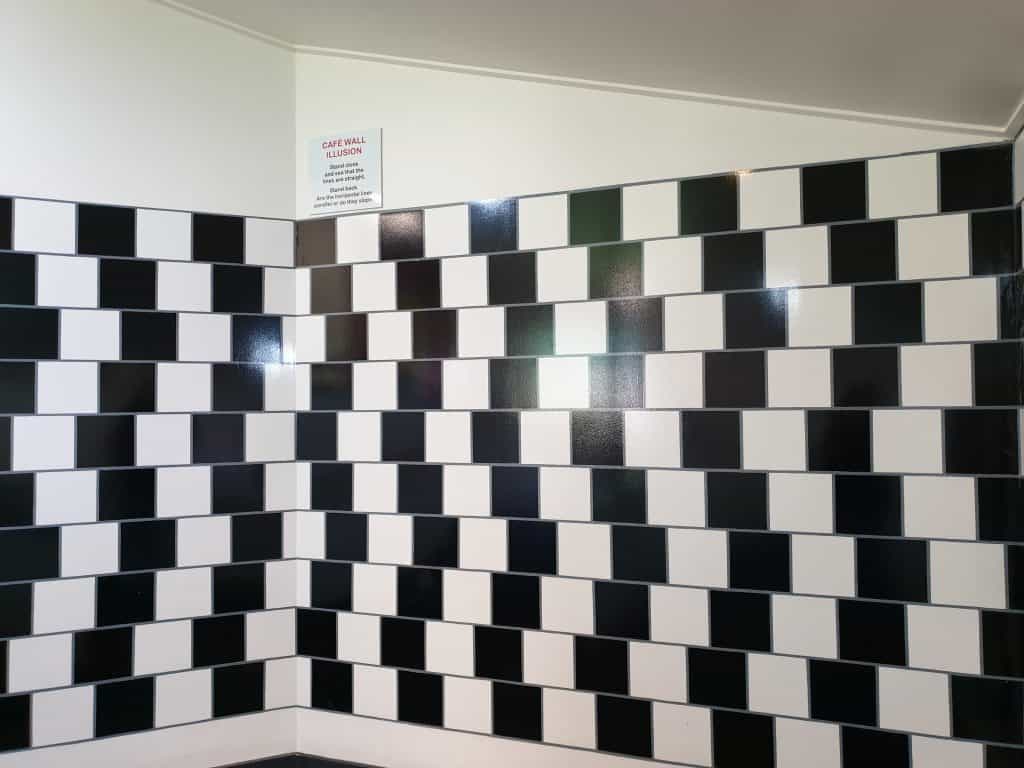 And even the toilets are in on the act! 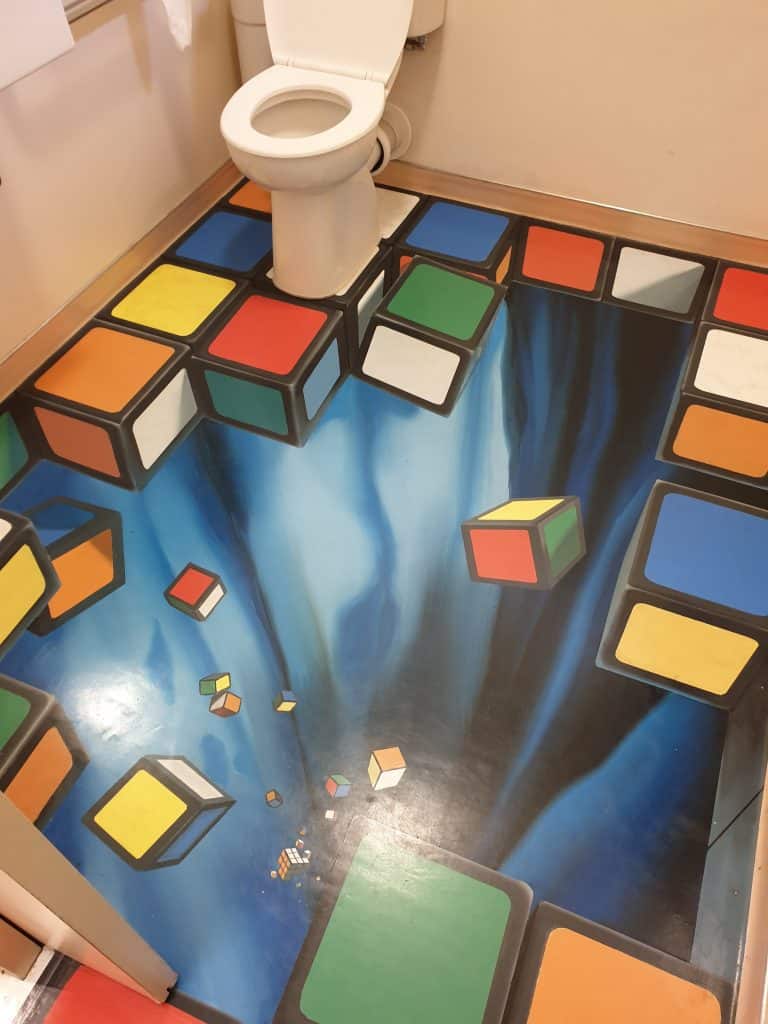 Even when they aren’t real… 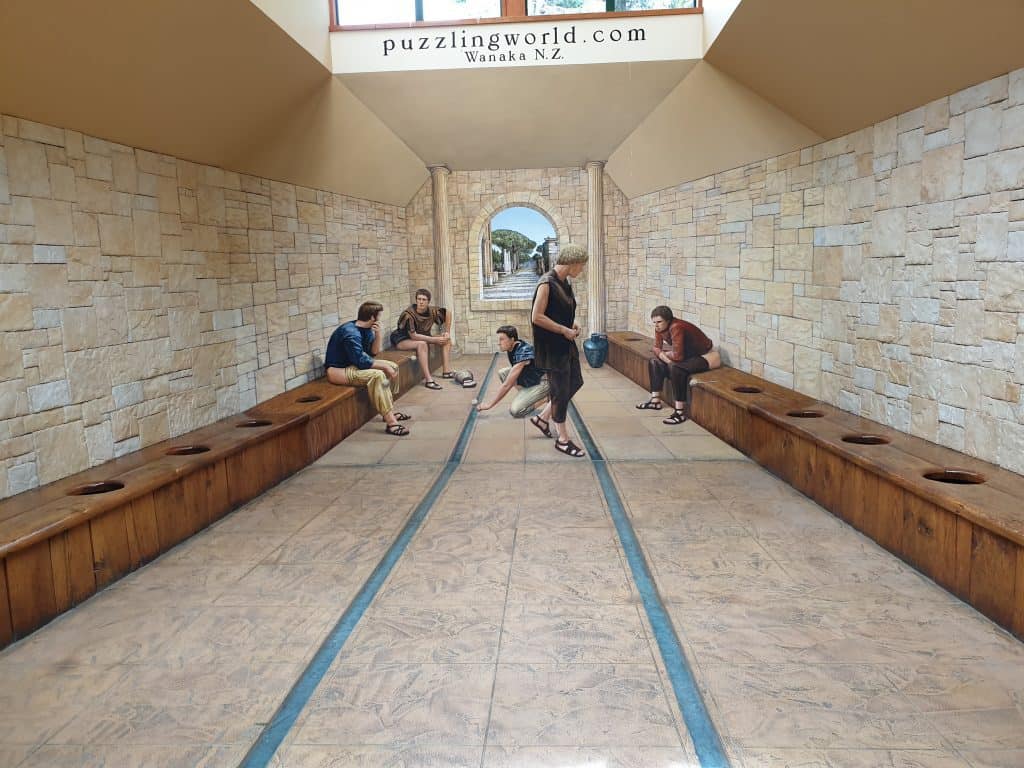 Check out some sculptures in the gallery… 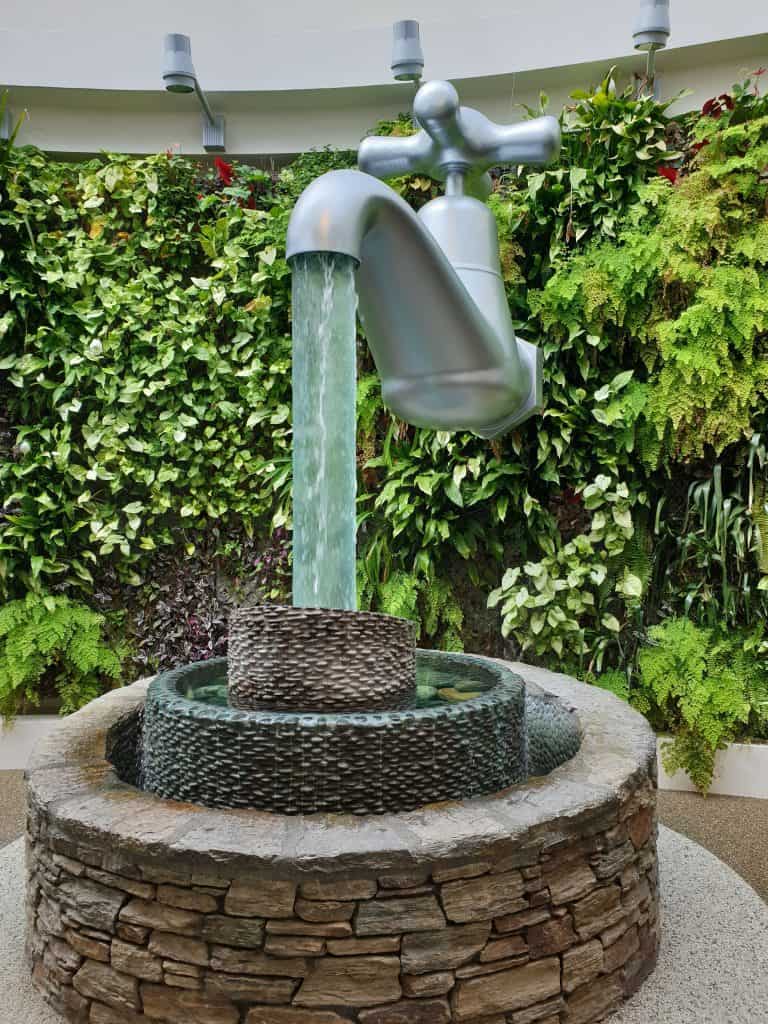 Before you head over to the main event, the giant three dimensional maze! 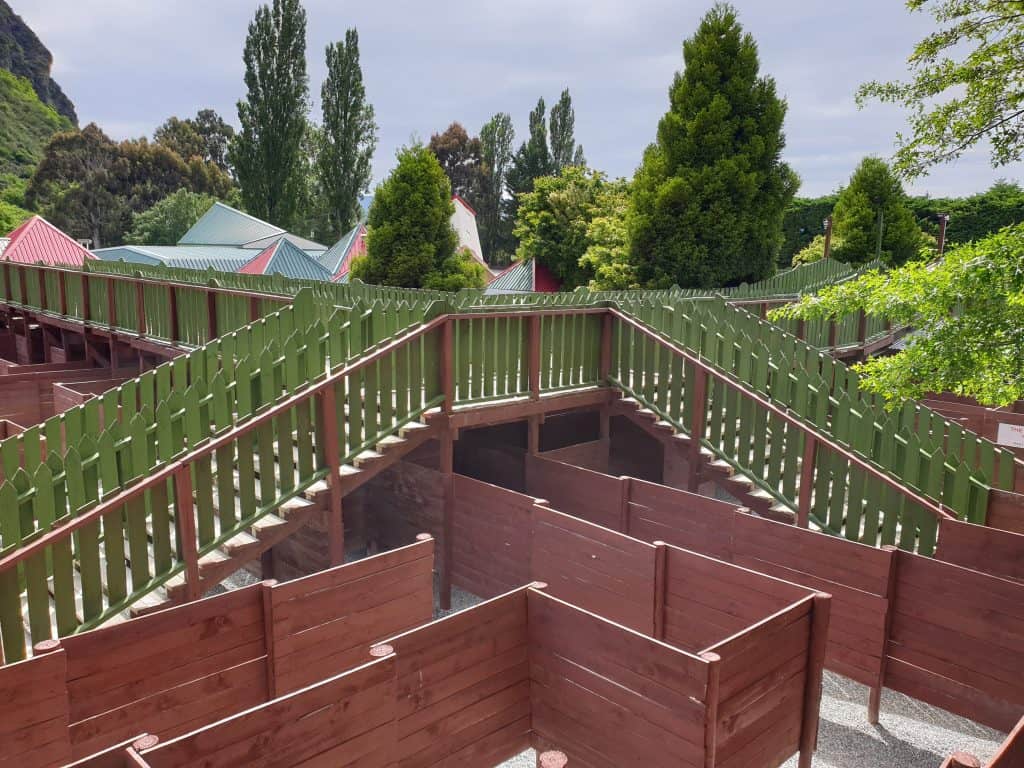 The objective of the maze is to climb to the top of every corner tower, and then find the designated finishing point. It’s harder than it looks, the solution requires both the upper and lower paths and all the walls look pretty much the same. While I climbed all four towers and in fact walked past the finish point on my exploration, I was unable to find it again after I had completed the towers. I ended up bailing into the courtyard garden after spending a considerable amount of time searching, going around the same paths over and over again and crossing paths with the same people searching and laughing everytime. If you want to make it more challenging you can choose to do the towers in a specific order.

Puzzling World is a really fun way to kill a couple of hours.

Location: Just five minutes from town on the Wanaka-Luggate Highway

This was a surprise little gem for me and I’m really pleased I made the time to check it out because it was a lovely afternoon.

Caveat; If you don’t like the scent of lavender, or suffer from bad allergies, this is probably not a good place for you to visit. There are also a LOT of bees, but if you leave them alone they wont bother you. 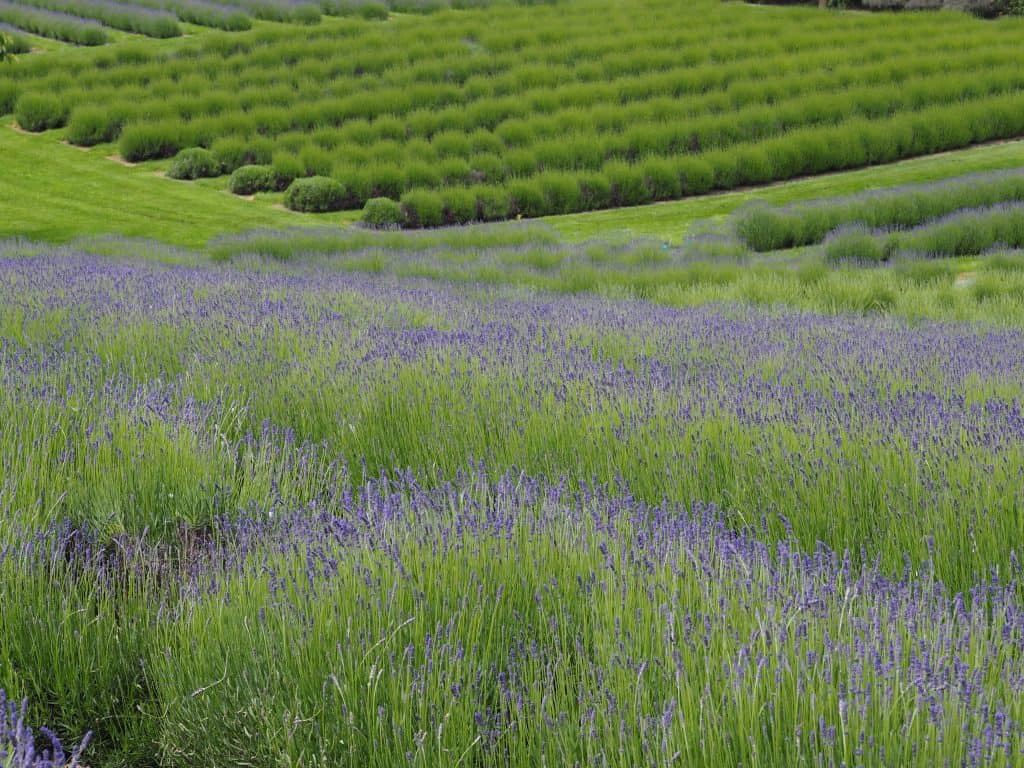 I love lavender, and while I was a little sneezy it wasn’t anything I couldn’t live with. It was worth it to walk through fields of aromatic swaying purple flowers. 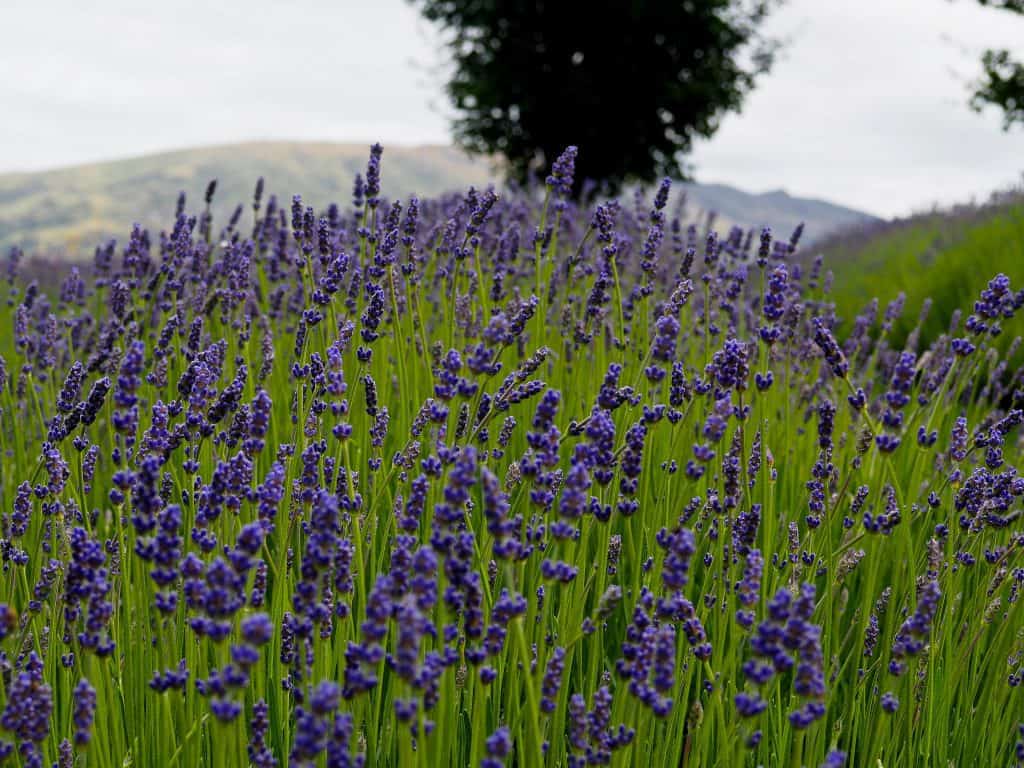 I was quite content to sit between the rows for a while and photograph the bees going about their business. 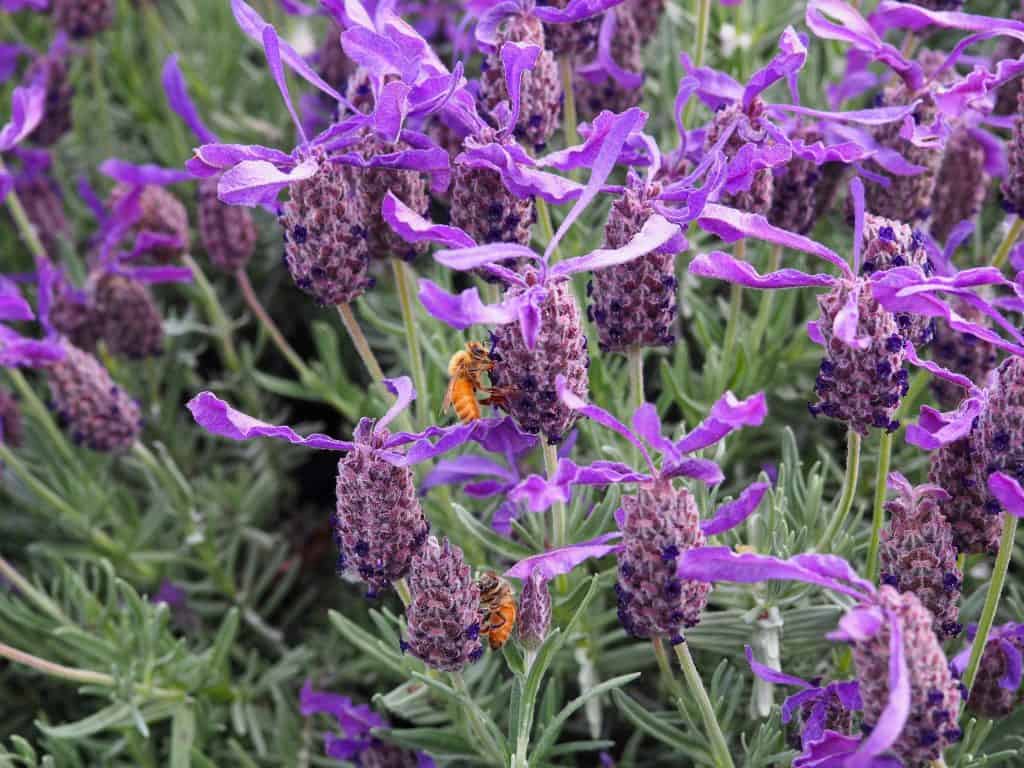 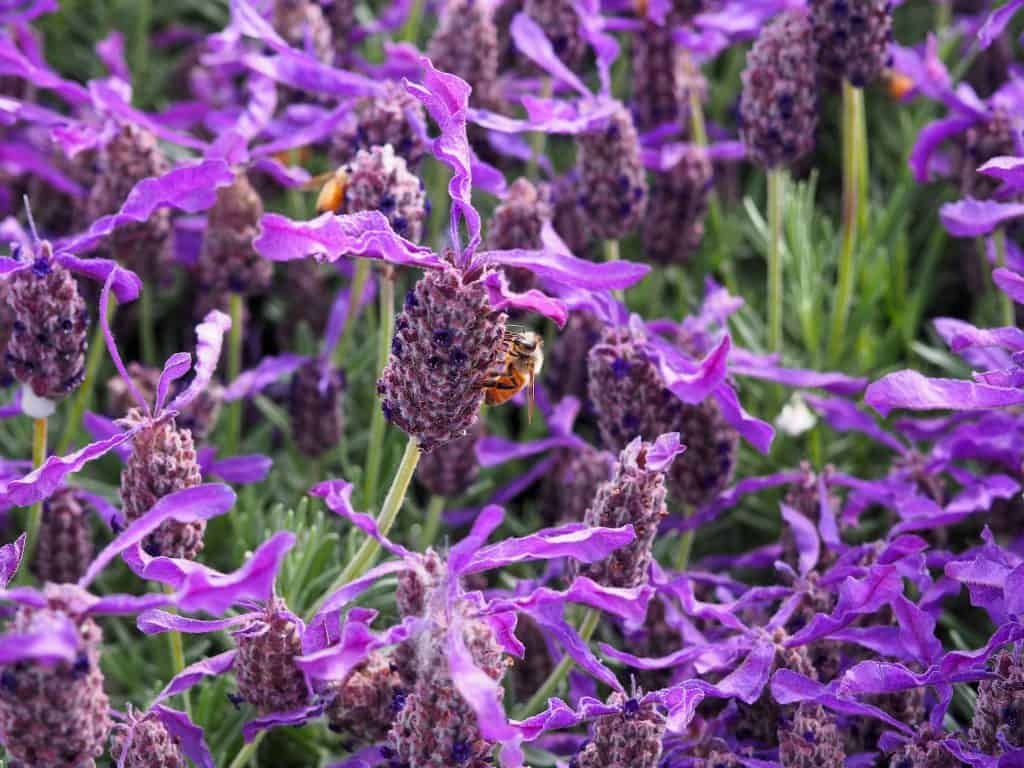 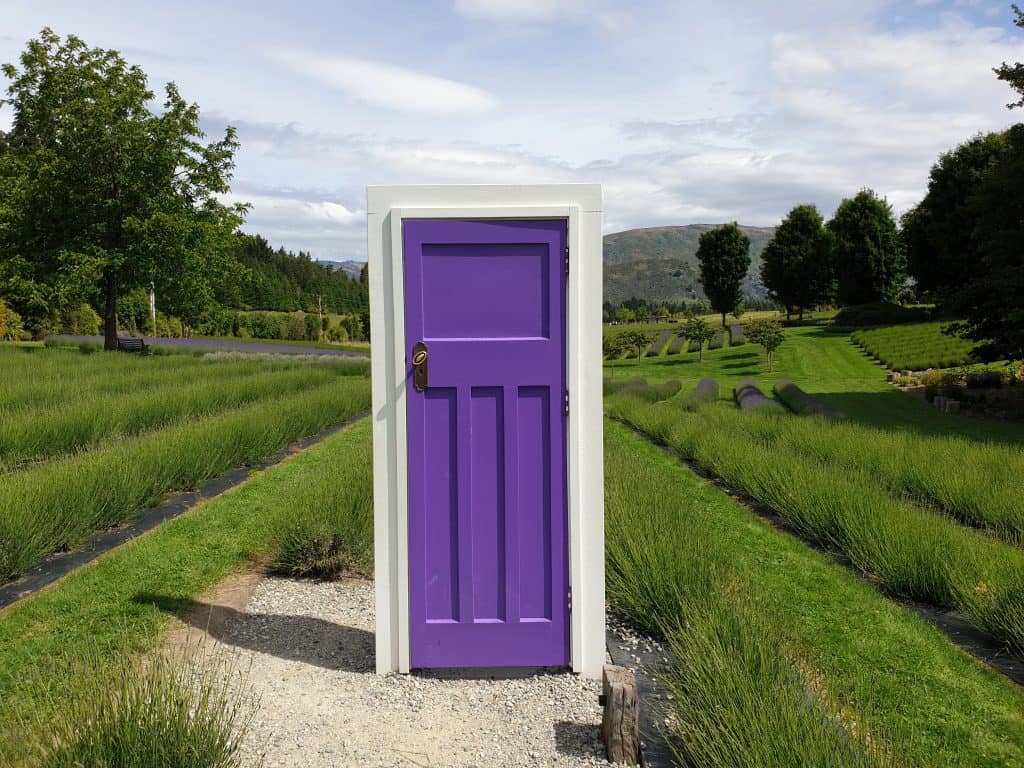 Meanwhile the farm has something for the kids too with a variety of animals including Shetland ponies, Alpacas, Donkeys, Lambs, Chickens and Pigs in residence. 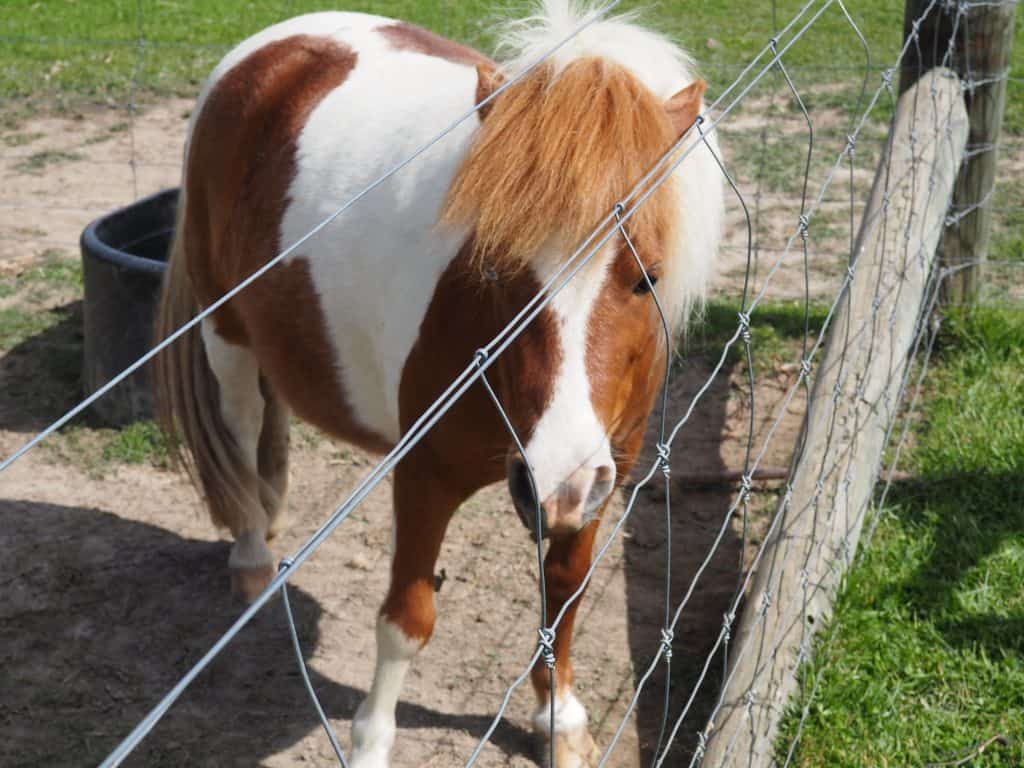 Make sure to stop off in the shop to check out the locally made lavender products. While you’re there head into the tearoom and try the lavender ice cream! It’s a really subtle but not unpleasant flavour. 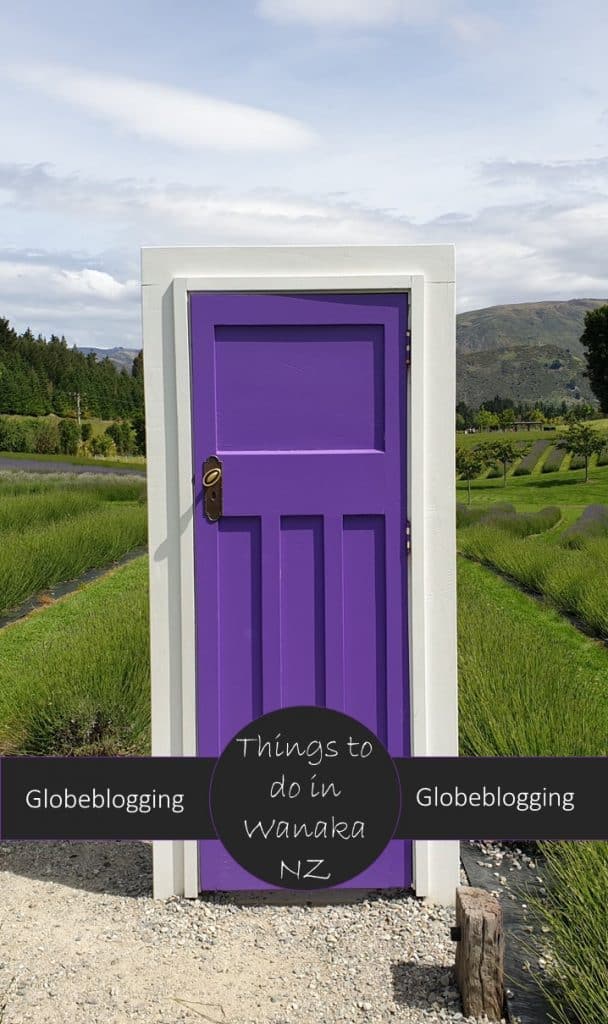 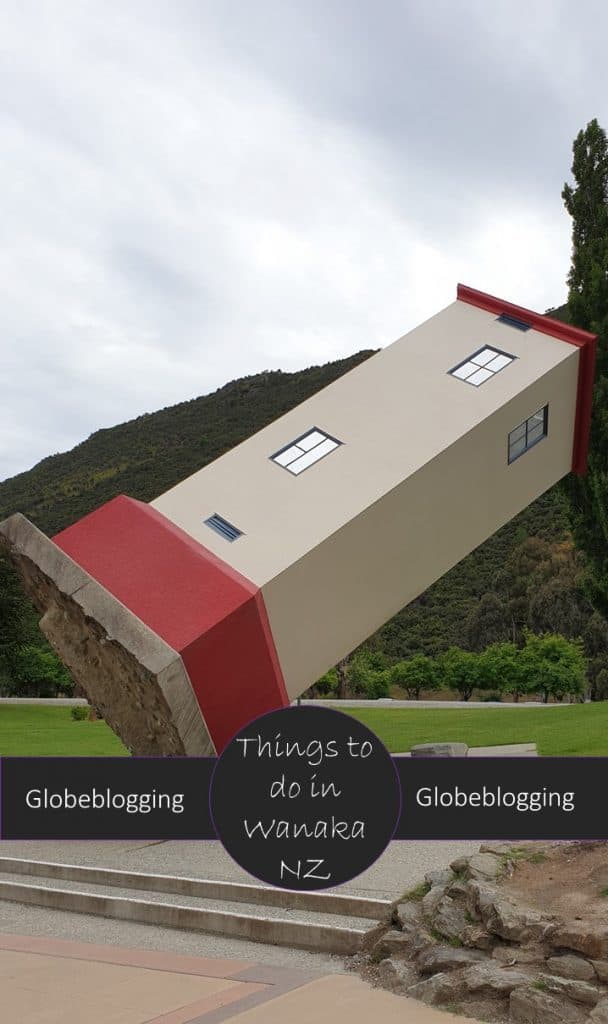 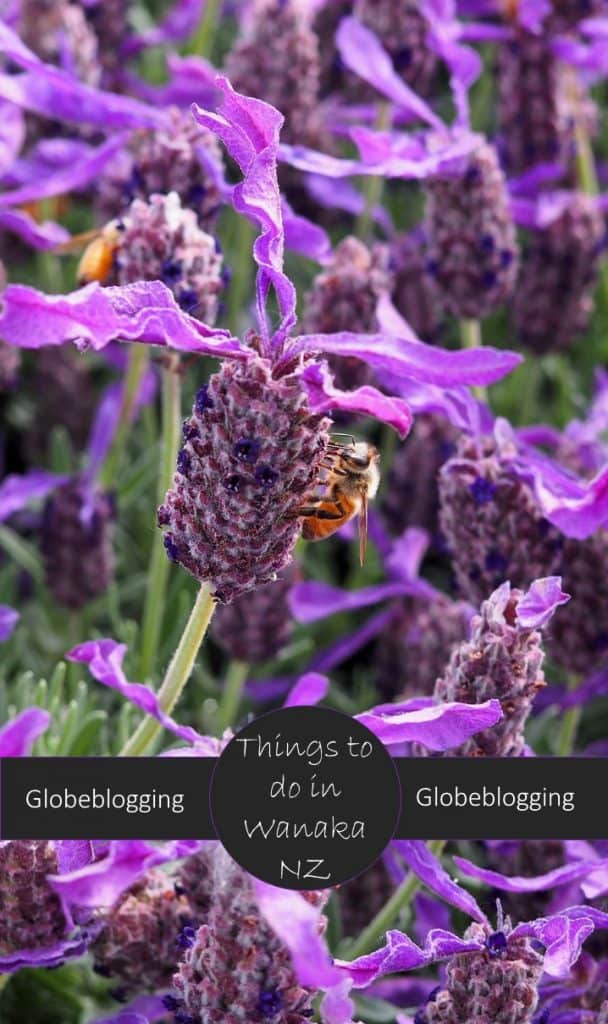 3 thoughts on “Things to do in Wanaka, New Zealand”