4.30am isn’t pretty, regardless of the reason why you’re meeting it. Except perhaps if it’s still being up from the night before. In which case it’s probably a precursor to a splitting headache at some point in the forseeable future.

Dad picked me up at 6am to catch the train into Sydney. Getting up at 4.30 gave me enough time to get ready, have a sit down breakfast and coffee (plunger since my espresso machine decided to die three days ago – the second one that’s died right before a trip) clean up and put the dishwasher and washing machine on. However, it didn’t allow me time to undertake my habitual checks that I had everything. I am instead reassuring myself that I laid out everything requiring packing, checked it and packed everything laid out. If I have forgotten anything its well beyond too late now!

In an annoying hiccup the switching of my Telstra SIM to my Covermore global SIM seems to have erased the ability of the google play music app to read my music. After some examination I did locate all my music, but can only play it track by track, which will get annoying really fast. Still, after the internet and computer dramas that had me hurling choice words at my service provider yesterday, if that’s all that goes wrong I’ll cop it.

The flight over was uneventful, I watched four movies with intermittent and fruitless attempts at sleep between. I’ve never been able to sleep on a plane, and I’ve been flying for as long as I can remember. I can’t drown out the constant drone of the engines. So in an hour I’ll have been awake for twenty-four straight, and I’m feeling it. If LAX had a flat couch for me to lie I suspect I would be out for the count!

Our 6am landing in LA meant the airport was virtually empty when we arrived, and our experience was nothing like the grilling I had been bracing for. Of course the downside is the amount of time we now have to kill before flying to Mexico City!

And then there was the flight to Mexico. I did manage to grab a smidge of sleep I think, probably due more to my brains lack of ability to stay awake than a conscious effort on my part. The flight was full and incredibly cramped for space and I was more than eager to disembark and stretch out my locked knees.

To our surprise our journey through the airport was smooth, and I was quite chuffed when I was directed to an aisle and understood the Spanish number I had been given. The guy at the counter spoke to me in Spanish but switched to English effortlessly when I asked if he spoke it.’Tu Hablas Englis?’ is going to come in very useful.

My boss had given me the heads up to purchase the taxi fare before leaving Mexico City airport to ensure we were on an authorised taxi instead of a scam. It seemed strange walking up to an airport counter and asking for the taxi fare to our hotel, but the cashier nodded and gave us a ticket. At the set rate it cost us 225 pesos. That’s a little over ten USD for what was about a twenty minute ride. Our driver spoke no English. We each made some attempts at conversation but soon gave up with friendly giggles when his Spanish was way beyond my limited capabilities.

The service at the Historico Central hotel was an impeccable standard and it is quaint and comfortable, and centrally located in the historic district of Mexico City. Surprisingly I had hit my second, or maybe fourth wind by the time we reached the hotel and I was keen to venture out for some exploration. Mexico City reminds me very much of Manila, it has a similar look and feel, with a splash of the street entertainers that are commonplace in Boracay. There is plenty more to see yet! 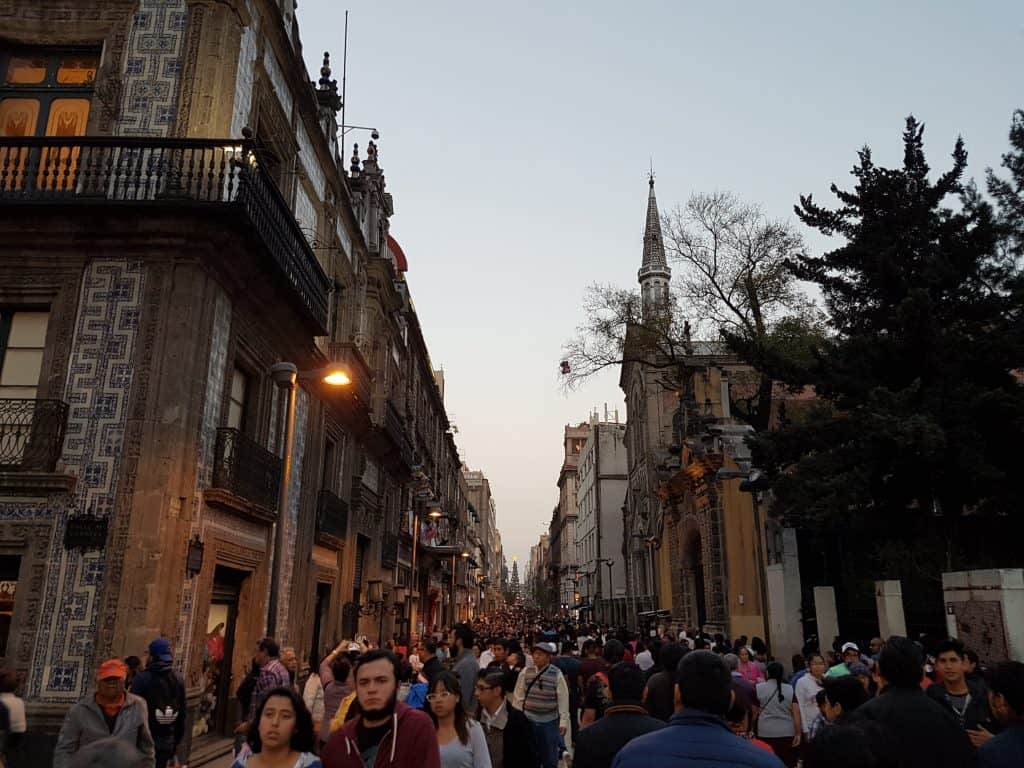 Keen to try the local experience we walked into a busy taco place and pondered a menu written in Spanish upon which we were lucky if we could recognise a few words. And the waiter spoke no English. In the end we just pointed to two items and hoped for the best.

The experience was totally different to what you would expect back home, where you would generally be handed a hard shell full of whatever you’ve asked for. We were instead presented with five soft tortilla’s each, slightly floury in texture, and the two plates full of our chosen fillings.

An assortment of trimmings and sauces were placed on the table between us to be added as we chose. A couple of the sauces were eye-wateringly spicy. This resulted in large gulps of the delicious but no doubt filled with sugar Sangria soft drink we’d ordered. I’d recognised it on the menu and believed it to be actual Sangria. We still had no idea what one of our fillings was, but it tasted strange and we weren’t overly keen on it. The other however, was a chorizo filling and was exceptionally tasty, and we enthusiastically loaded up our tortilla’s and added the sauces we’d confirmed as safe for our non-Mexican palates. We both had our fill plus a drink for the grand total of 186 pesos plus tip!

But for now its nearly 8pm and I’ve not properly slept in about thirty-six hours so time for a shower and bed! 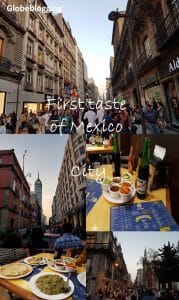 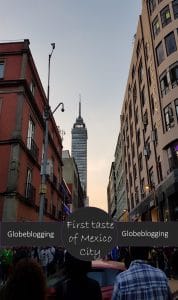