The Frida Kahlo house was top of Ruth’s list for Mexico City, but we had been unable to get tickets online. The hotel told us that we could go and lineup anyway, but there would be no guarantee of getting in.

So we were looking at tours again, despite our experience at Teotihuacan.

I had spent the previous morning on my phone searching for tours that included the Frida house. I found a full day one which sounded ok and booked it for today, our final day in Mexico City. Pickup was 9am from the Palace of Fine Arts, about a 5min walk from our hotel. We were there at 8.45am.

A few minutes after 9am no guide wearing the tour company shirt had made an appearance. I dug out the number and started ringing. Or trying to at least, all I got were tones. Ruth had no luck from her phone either.

Eventually I took another look at the information and found the same number listed again. This time it had two additional digits. I tried it and what do you know it started ringing! Buyer beware if booking this tour through Viator.

What followed was a frustrating 20 minutes of trying to make myself understood. I discovered that we’d been waiting in the wrong location for the bus which had of course now gone. I tried to establish where the tour would be at what time so we could attempt to join it. Finally I managed to ascertain we could meet at the Frida Kahlo house, figuring that we could get in and if we ditched the tour after that then at least we’d got there. 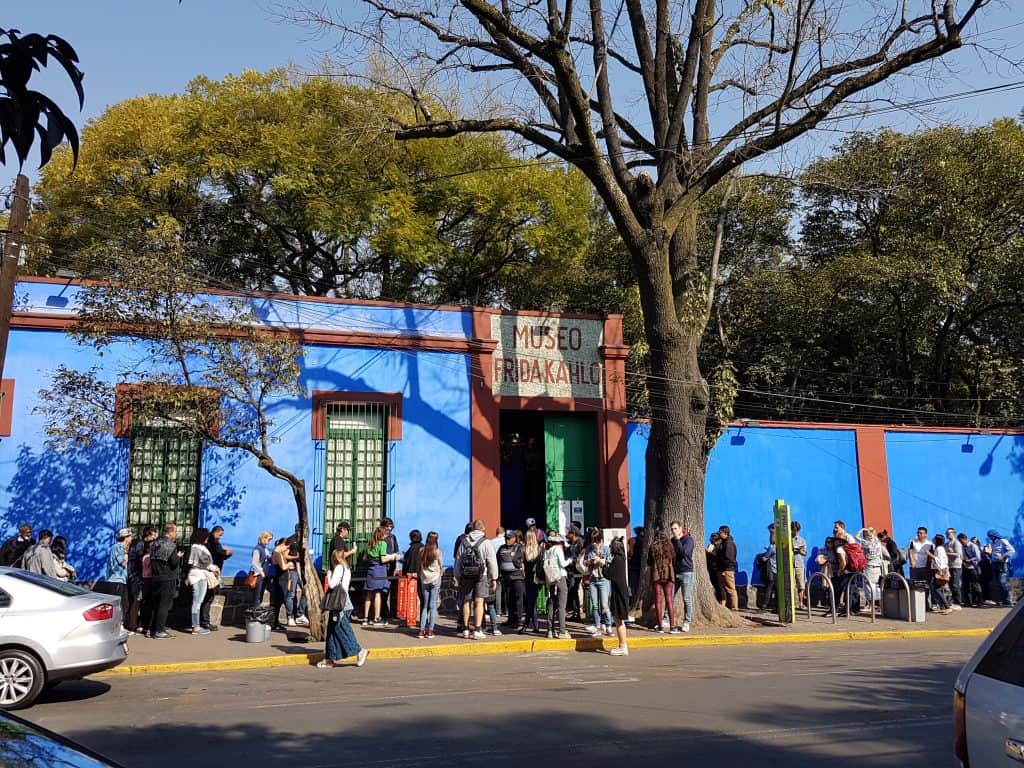 Ruth called an Uber and we were on our way. The person I had been speaking with wasn’t clear on the time our group would be there. I expected to find them inside, leaving us limited time if we chose to continue with the tour. Instead we were instructed to locate someone in the line. It transpired that we were looking for the driver of the bus and the tour group would be following. The driver was waiting to collect the tickets and told us we could wait across the street. We weren’t game to let him out of our sight! 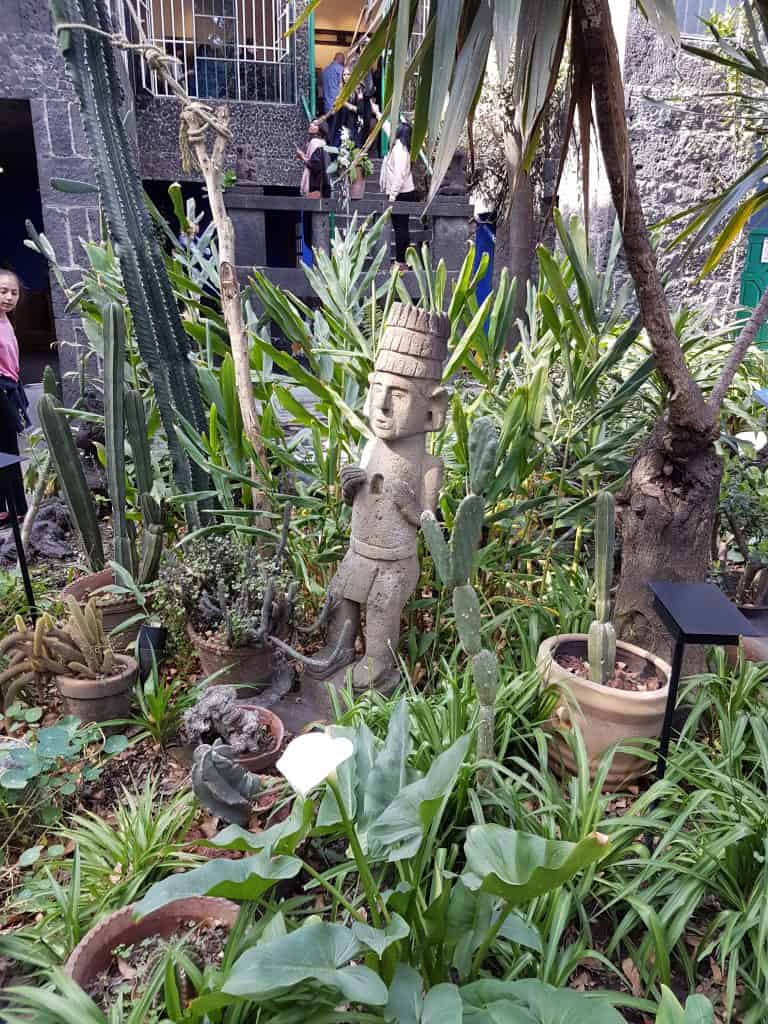 I didn’t know much of the story of Frida, and it wasn’t on my list of things to do, so when the guide told us we had just over an hour inside I felt it would be plenty of time for me. While the art and the stories were interesting, I enjoyed the gardens more than the art. Scattered throughout the gardens were signposts containing quotes from Frida or her husband Diego Rivera, also a famous artist. They told what was clearly a great love story. Frida certainly had to overcome many challenges in her life. Ruth felt she went through a little faster than she otherwise would have but we both felt we had enough time. 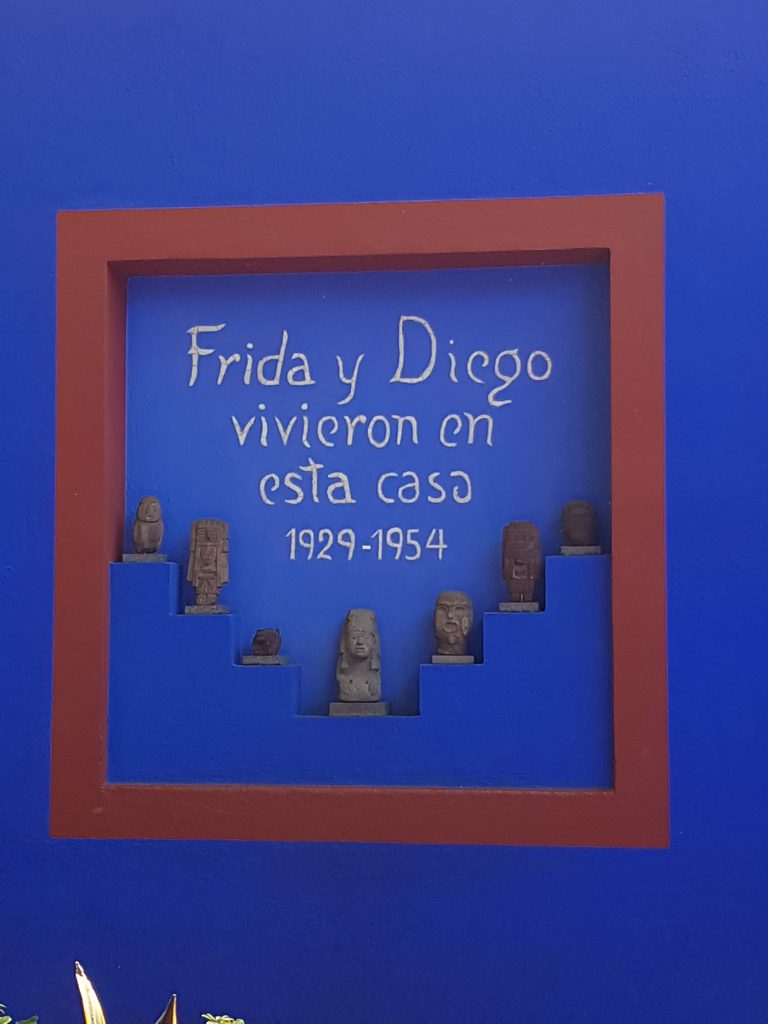 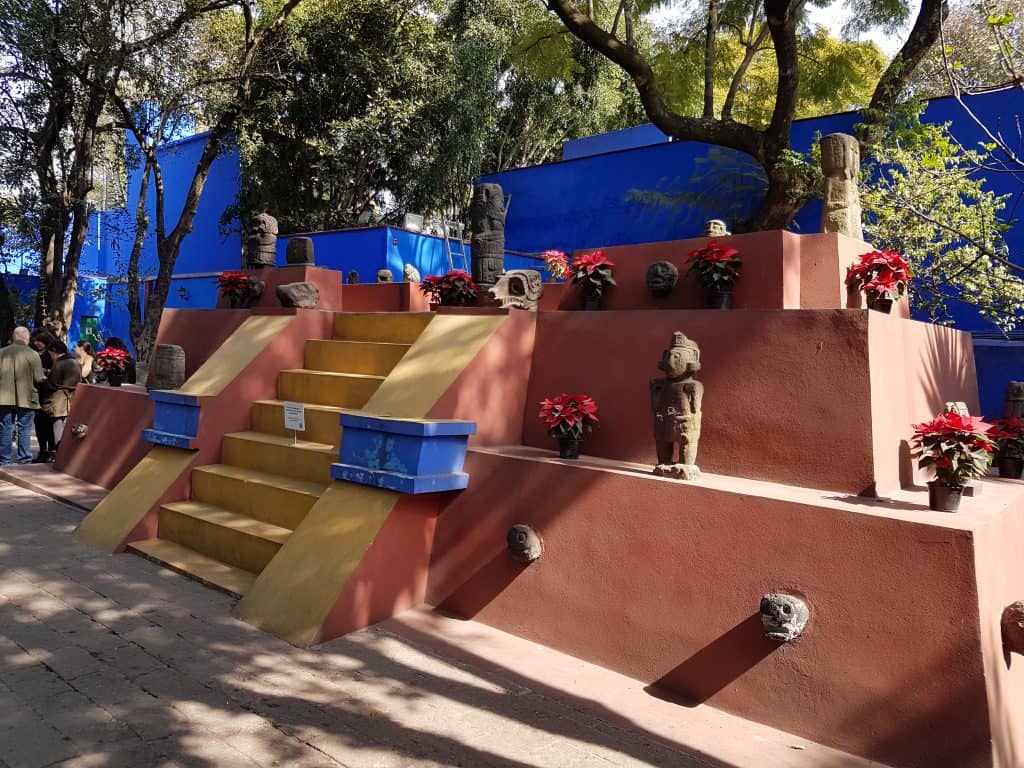 We rejoined the tour for the activities that hadn’t really interested us. Floating on barges down a canal at Xochimilco had looked ok on the website, but the reality was it was so crowded we may as well have been playing dodgem barge. Boats floated alongside us cooking our lunch for a price I would have paid in a quality restaurant. It was certainly not to that standard. For the second time in two days I wondered if I would be ending up with food poisoning from the experience. A Mariachi band hopped on our boat to play a few songs. 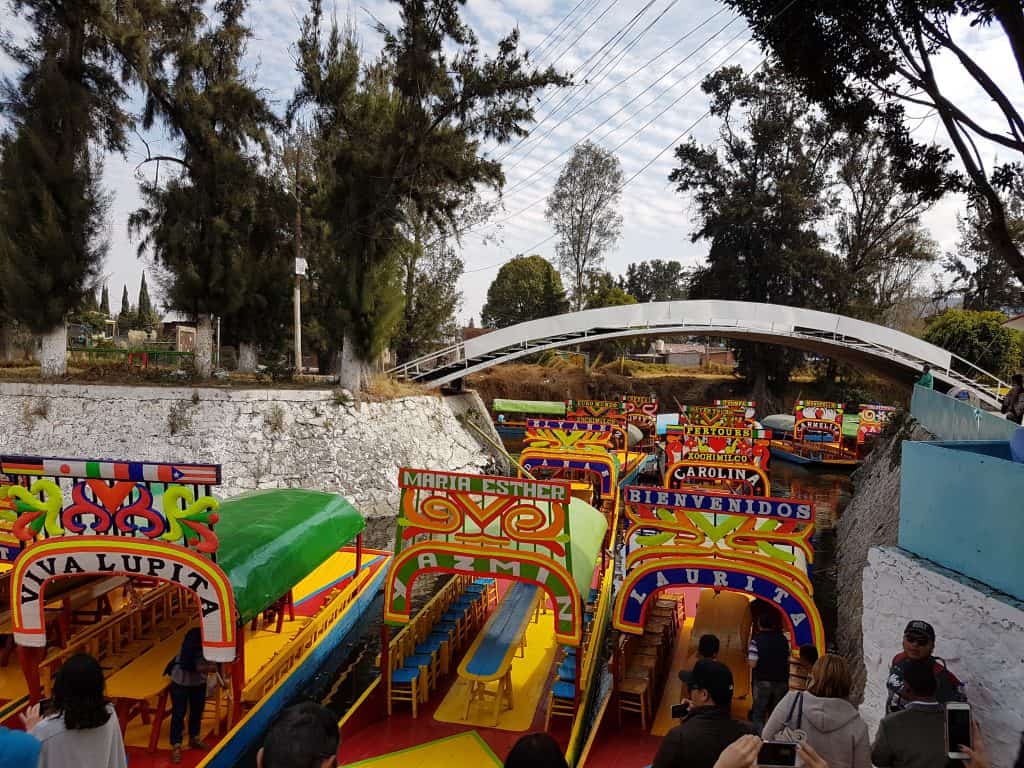 We were given half an hour to wander stores with more of the same merchandise we’d already seen, and did a walking tour of the Mexico University – described as Mexico’s Harvard but I think they might be aiming a tad high on the scale – before we thankfully were dropped off ahead of schedule.

And then it was New Years Eve! Nineteen hours after it was at home.

It was almost an obligation to experience New Years Eve in a foreign city so we dressed up and went searching for the party. However when we got to the main square it was far less busy than it had been previous nights which didn’t fit what Edgar had told us. We asked a young girl and was told there would be fireworks later.

We left in search of dinner, ending up at a place not far away that was blasting Latin music and spruiking on the street below. It was packed out so the service was incredibly slow, though our waiter was lovely and clearly run off his feet. On Edgar’s recommendations of foods we must try I ordered the Chicken Mole, a sauce made up of 50 odd ingredients including chocolate. I didn’t dislike it but it was certainly a very different flavour, I think it may be an acquired taste.

We stopped by the still empty square before we decided to return to our hotel for a drink and ascertain if we were missing something.

Yep. The party was nowhere near us.

The concierge described it as a twenty-five minute walk. But it was closer to forty. We could hear the music from ages away, taunting us as being just out of reach as it floated to us on the breeze. We finally got there at 11.30pm.

They had closed an entire street. A Latin band played on a stage at the end and people packed the street watching the stage and screens. As we walked through the throng to get closer people were dancing salsa where they had the space. A cold wind blew across the crowd without dampening their spirits an iota. All around me voices conversed rapidly in Spanish but everyone knew the words when the countdown started, hurling them out into the night followed by deafening cheers and applause. The fireworks commenced with a bang to a chorus of more cheers as everyone gaped into the air and sang out ‘ooh’ and ‘aah’ at the appropriate moments. It was all over in just over 5 minutes. It was nothing on a Sydney display but still pretty cool to watch.

We were exhausted from our long walk and being on the go all day. Since our flight to Guatemala is in the morning we decided it was time to call it a night. We walked away from the celebrations and attempted to call an Uber, four drivers accepted and then canceled before we gave up and just walked back anyway.

Mexico City, its been rad. Next stop: Antigua! 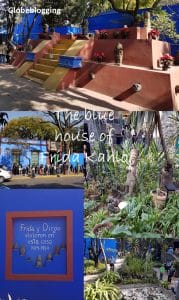