I had a solid 8hrs unbroken sleep last night. With no locked in times for activities we’d permitted ourselves a much needed sleep in. Our plan was to head to Chapultepec Castle and explore another part of the city.

It was a couple of stops on the metro, so we asked our hotel the best way of getting there. We were emphatically told we would be a clear target on the metro and an Uber was best.

And so it was Ruth and I had our first experience as users of Uber, and it was a slightly confusing one. Our driver didn’t look like his photo at all, but he nodded when we said the name. He said something in Spanish, I asked if he spoke English and he said no. We assumed he was confirming our destination and I repeated it, while Ruth whispered ‘why doesn’t he know where we’re going?’ I found out later I was mispronouncing the name so this may have led to some of the confusion! We were reassured that we were traveling in the right direction when Ruth checked google maps.

Seems his confusion was genuine as he pulled over somewhere that wasn’t Chapultepec Castle and said something, we went to get out of the car and he started driving again and did another lap of where we had just gone. Eventually he pulled over again and we were able to convey that we would get out.

He had dropped us near some sort of military installation and a number of guards were looking at us with interest while Ruth tried to find our location on google maps. One approached us, obviously concerned with our presence there. I asked him if he spoke English (an often uttered phrase I am finding) and it sounded to me like he said ‘no I don’t speak English’ in English, so I thought he was being a smartarse and continued in speedy English.

‘Donde es Chapultepec Castillo?’ I say, rather proud of myself at this point.

He proceeds to speak quickly in Spanish illustrated with pointing gestures. I replicate his gestures to confirm and he says ‘Si’

Communication here is comprised of incomplete sentences or the odd Spanish word and some gestures. I have learned how to ask for the bill after a couple of days of miming writing on our hands. 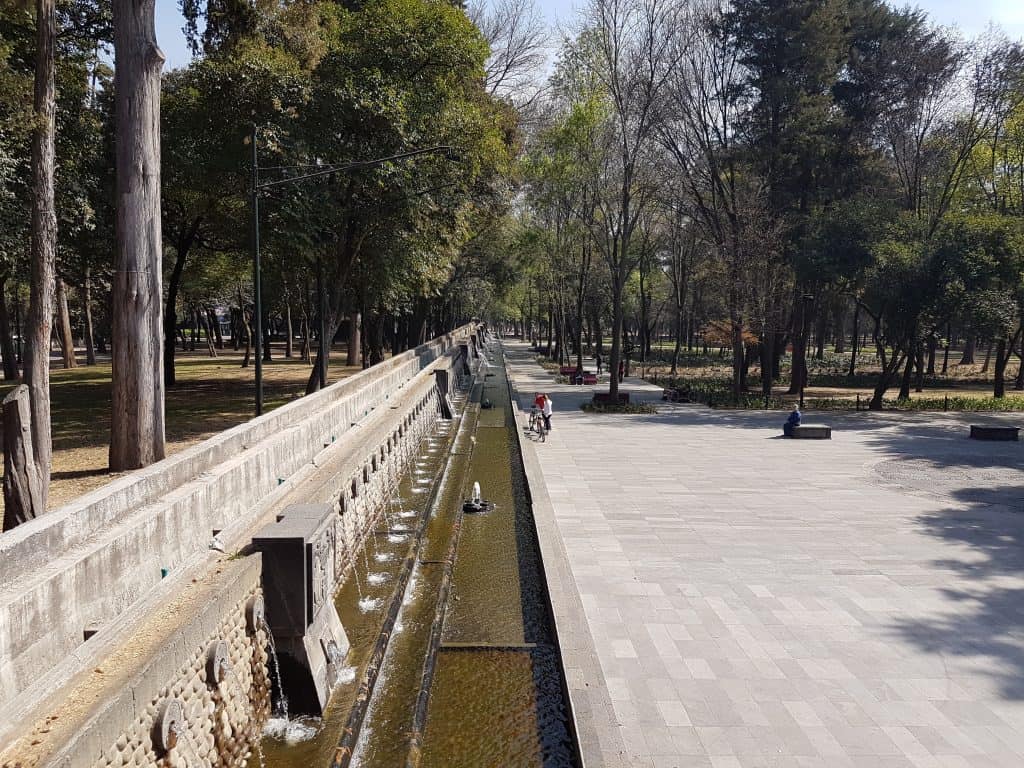 We set off on foot and walked past some kind of military installation, evident by the men patrolling with guns, and after this find the entryway to another green oasis in the city. While I definitely wouldn’t have wanted to find myself walking through there at night it was a nice stroll during the day.

I was super excited to see squirrels, much to Ruth’s amusement. They remind me of my time in the UK as a child.

In a lovely shaded little grove speakers played soft music and forest noises, and people lay back on sloped park benches enjoying their moments of tranquility.

Just beyond we could see the castle rising out of the trees on the hill above us and we had finally found it! A climb up the hill and 70 pesos later we were in the grounds.

Given the Spanish influence in the city it shouldn’t have felt strange to be in a place so clearly European. By far the strangest thing was a building so opulent and grand, with Mexico City visible from the grounds and balconies. We could also see a lake with boats from the balcony and after leaving the castle decided to head there to take a look. 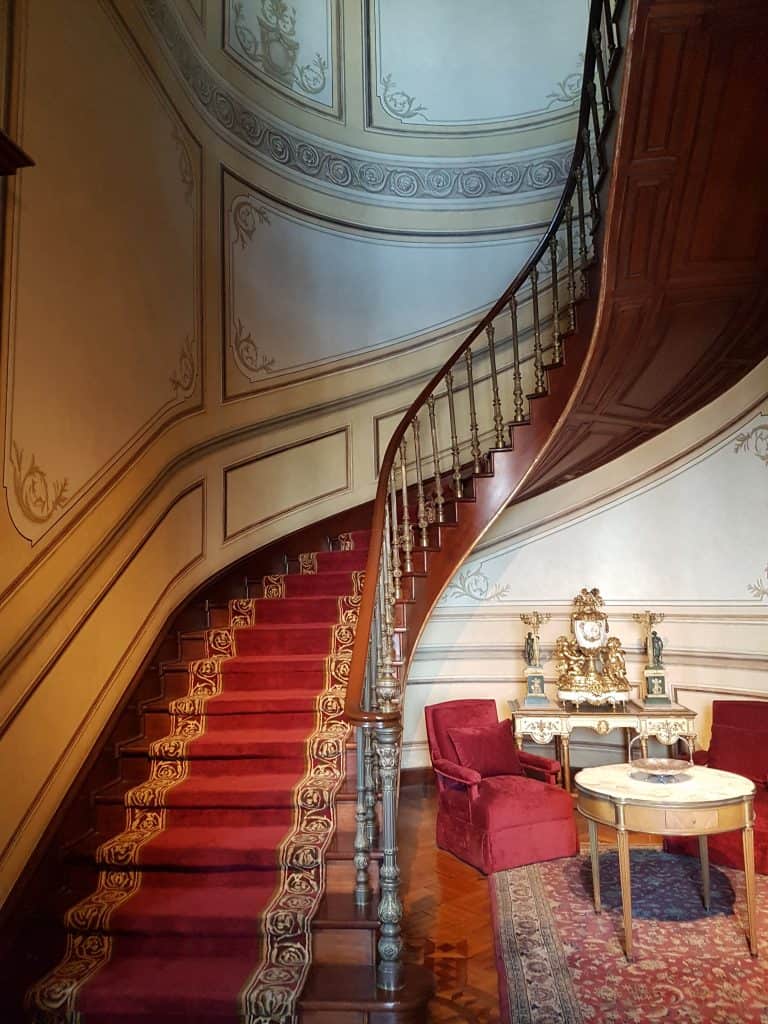 It transpired that the castle was the venue for the ballet advertised in town. A courtyard stage had the seating for the evening show set up before it. We enquired at the gate as to whether there were any tickets available for the evenings performance, once again using words and incomplete sentences. The man in the ticket booth confirmed what the website had shown, that it was sold out. 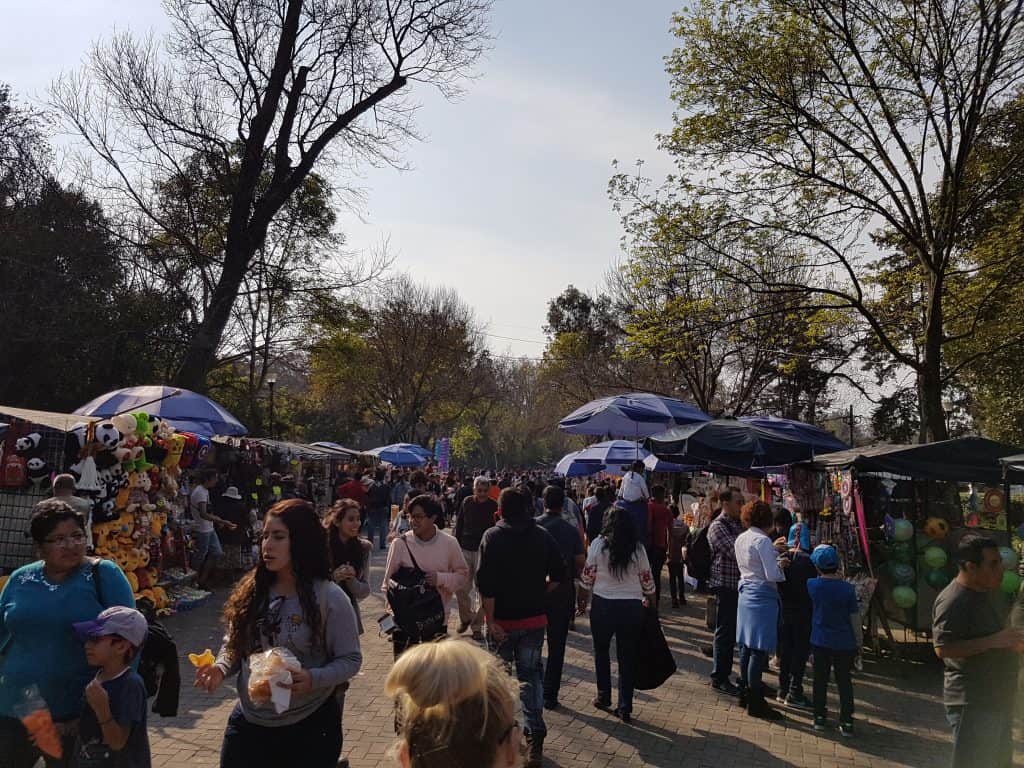 At the bottom of Chapultepec Hill every part of the paths leading through the park was occupied by a stall selling something, for as far as you can see. Ruth finally got the Churro she’d been dying to try, and my hunger drove me to try one also, despite not actually liking the ones I have tried back home. Turns out I don’t like them in Mexico either.

Upon stumbling into the food area we had menus thrust in our faces the moment we entered, not realising that the whole stretch of the frontage was different food stands and we’d just been neatly lassooed by the ones who happened to snaffle the prime location at the entry. My meal had me wondering if I would be suffering from food poisoning later.

When we found the lake the boats turned out to be paddle-boats. Since it was a lovely sunny afternoon, 60 pesos later I was awkwardly positioned in a seat that had me virtually lying down. We definitely did not skip leg day! 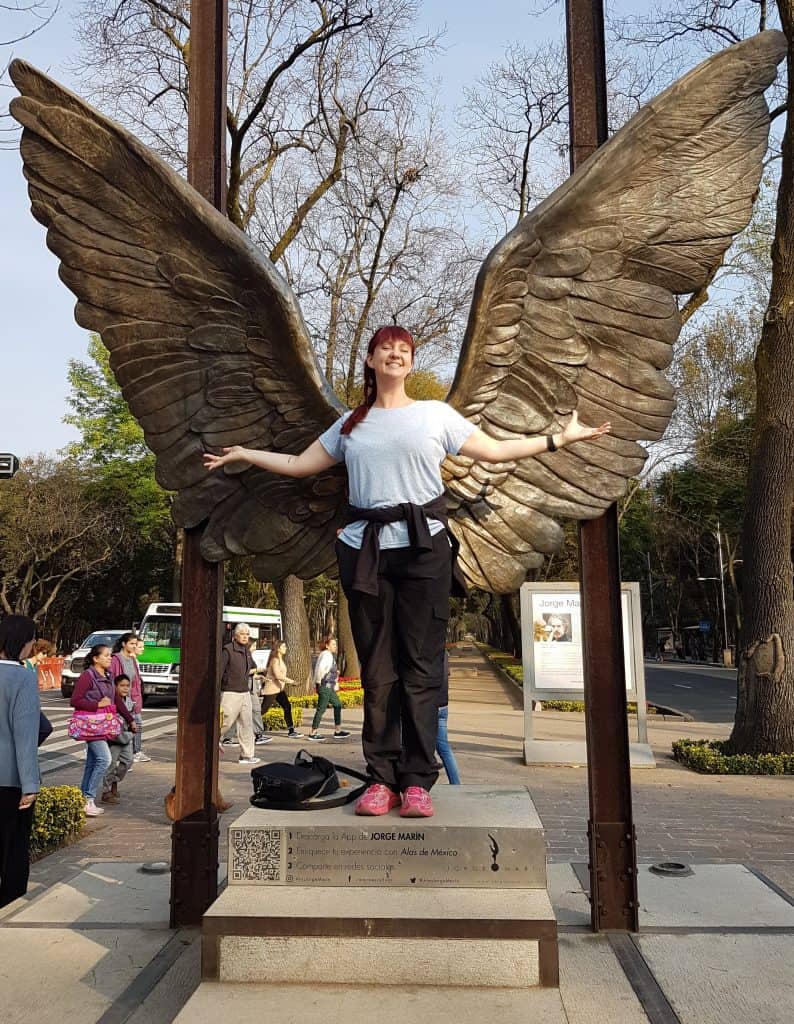 We had planned to check out the Anthropology museum which was nearby, but we decided to hit the shops and instead found a landmark (stopping to pose with an angel wings sculpture on the way) and called for an Uber to collect us, having a much smoother interaction than the morning although he also spoke no English.

The change room mirrors were below my eye level. Apparently I am not Mexican sized.

Since we couldn’t go to the ballet, Ruth wanted to check out a rooftop bar she had read about which looked over the main square. While I waited for our cocktails Ruth went out onto the balcony to try and rustle us up some chairs.

When I finally emerged onto the balcony Ruth was deep in conversation with a local couple who turned out to be seriously lovely people. We had a drink with them then went our separate ways to go in search of dinner. While we were waiting to pay our drinks bill they came back in and asked if we would join them for dinner so they could show us the real Mexican experience.

What followed was a night full of laughs and great conversation that is a highlight of our trip so far. Apparently there is Mexican food, and then there is Mexican food. Like saying pizza is Italian. Edgar and Andra took us to a restaurant called Azul. It was so busy our table was an hours wait so we went to the rooftop bar above it called Down Town to wait.

Down Town is apparently where all the VIPs go, it sounded perhaps like the Ivy in Sydney. Edgar pointed out a media star to us, a name which meant nothing to us of course! We ordered an appetiser while we waited – if you ever go there do yourself a favour and get the shrimp tacos. Just wow!

So then we had our real Mexican culinary experience. While the food we’d been eating was really tasty it was more of your street/cafe food. Azul was a nice restaurant, and the distinction was evident. Meals were still cheap by our measure at about $12 US a main. The menu featured specialties local to the different parts of Mexico and the food was divine! 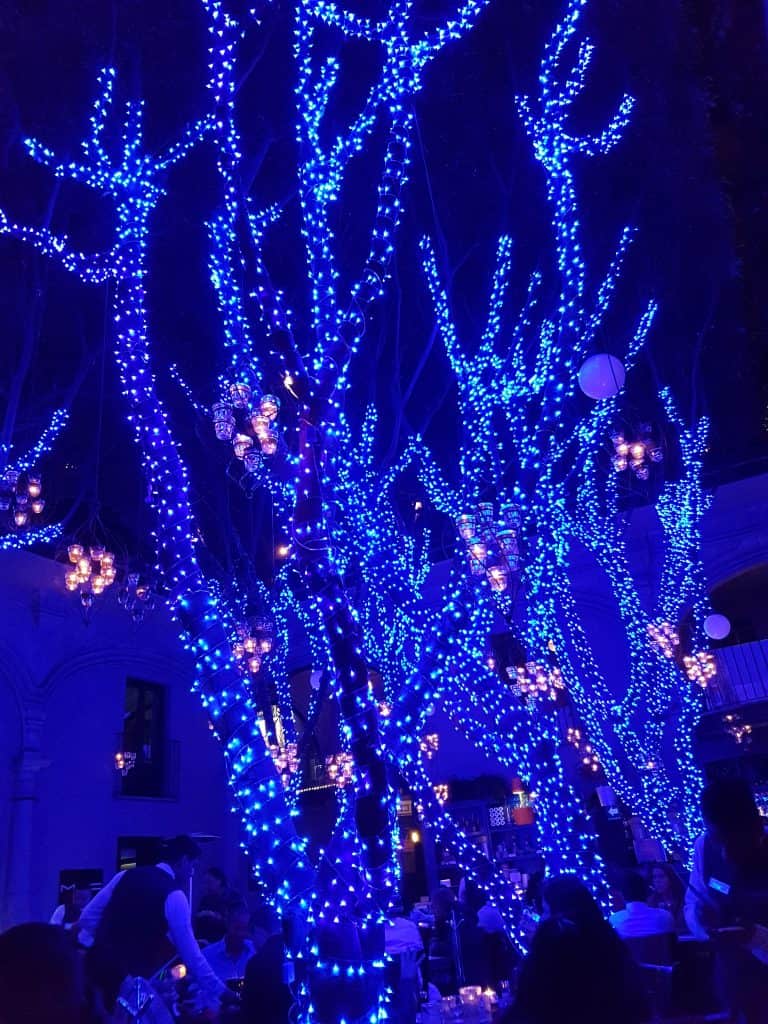 Andra and Edgar were wonderful company. Ruth and I were able to ask the many questions we had about life in Mexico. Edgar confirmed my mothers fears that Mexico is actually quite a dangerous place. It was quite safe at this time due to the extra police presence for Christmas and New Year. It was Edgar that told us we had inadvertently stumbled into the black market. Edgar didn’t think his English was very good and relished the chance to practice! Meanwhile my mispronunciation of Chapultepec relaying the story of our day had him roaring with laughter as he corrected me! For future reference it is Cha-pull-tepeck.

It was nearly midnight when we returned to our hotel, elated at having had such an amazing and totally unplanned evening and making new friends.

For more recommendations for Mexico City take a look at 5 reasons we love Mexico City. 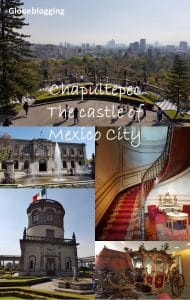 1 thought on “Chapultepec; The Castle of Mexico City”