I am sitting on a Caribbean beach drinking a fresh orange and pineapple juice, tad early for cocktails and a tad warm for coffee, watching a white wading bird lifting its feet above the water and placing them down again, head poised to dive below the surface the moment a morsel of food catches its eye. Further out a duck like bird I think they call a Bobbin disappears entirely from view periodically as it hunts. Behind me the bars restaurant blender has started again, and the wading bird is holding its beak just barely above the water fixated on something. A couple of people are going by on stand-up paddleboards about 100m out. I may give that a go this afternoon. There’s a kayaker out there too. 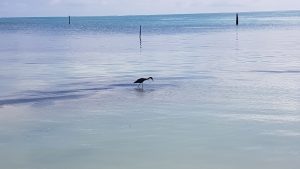 The temperature is pleasant in the shade of the palms and a fresh breeze is wandering through. Out in the open the full strength of the sun hits with force and with my skin I can’t venture out for long without drenching myself in suncream. A day spent in the sun yesterday and I’m proud I escaped a burn.

Today is our last day on this idyllic patch of paradise, we leave Belize to return to Mexico tomorrow. Tulum is our next destination. It’s been nice to have the extra day somewhere, today is a free day and I’m relishing the chance for a relaxed wander and some time for myself, hard to come by traveling with a group of people. I have been away 16days, or 17 if you count the going backwards in time, so I am approaching the halfway mark of my trip. The extra day has also been good for getting some washing done, I was out of shirts. I have what I need to wash in the rooms, but most of the rooms haven’t had space for drying and none of them have had a plug for the sink. 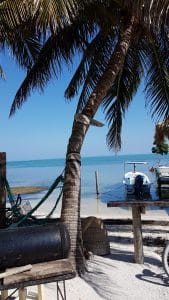 alked the length of one side of the island this morning, up to a spot they call The Split – or a gap between two spots of land. One of our group asked our guide yesterday whether you could swim across but it’s the channel for all the boat traffic so you would be asking for trouble to try it. It is one of the main beach spots on the island, and there were maybe thirty people in total scattered around or in the water, including a couple from my group. A few of the others have hired a bike for the morning and another couple are on foot exploring.

The motto here is go slow, everyone says it and many eateries around have it displayed in some form. Everyone rides bikes, the only motorised vehicles are golf buggy’s which serve as the local taxis – so nothing even goes fast here, except the boats! It’s not just a saying here, it’s a way of life.

There’s a stray dog population here but it’s contained, I’ve seen the same dogs over and over. Unlike other parts we have traveled they are clearly well fed and cared for. One of my group was telling me that the whole community takes responsibility for caring for them, a local vet keeps them healthy and they desex them so the population is controlled. The dogs are a regular sight, stretched out in sun or shade or trotting around inquisitively. 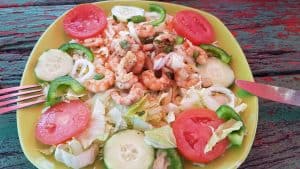 As expected by the ocean the seafood is amazing. Lobster is in season and I’ve had it the last three nights. Even grilled with nothing added the meat is the most full of flavour I have ever had! I haven’t tried the prawns yet so I have just ordered a shrimp salad for lunch. When it arrives it’s basically a pile of grilled shrimp on a bed of lettuce and slaw with some onion, tomato and cucumber thrown in for good measure. But the shrimp is tasty and it’s nice to have some fresh wholesome veges. I hope the water it was washed in is safe. 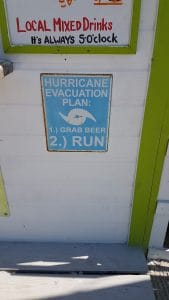 Compared to Mexico and Guatemala, Belize is expensive, but compared to home it’s still cheap. A whole lobster is about $22 Australian.

I’ve never been to Jamaica, but the people here seem very much like how Jamaica is portrayed in the movies. They love to sing, and there are often voices singing various western or reggae tunes as you walk past them on the street. They sound the same, and many of the men have jet black dreadlocks that stretch down their backs.

I’ve spent the afternoon attempting to walk to the other side of the island. I say attempting because after 4.5kms in the heat of the day it didn’t seem like such a great idea anymore. And there wasn’t really much to see. After the stretch of hotels tucked away with their private beachfronts and docks, the beach becomes mangroves and scrub, and at times smelly stagnant water. There are also a number of signs advertising property for sale so if you’re looking for that holiday house…though its apparently unbearable in the summer! 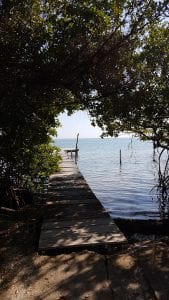 Eventually I head back to the main beach thoroughfare and am content to sit and watch the world go by while sipping on a cocktail, before collecting my washing and heading back to my room to pack for tomorrow’s early departure. It’s yet another lobster for dinner – may as well take advantage while I can after all – and more cocktails naturally! We head to the sportsbar yet again, but most of us don’t stay long before we’re heading for our beds. The sun and the heat takes it out of you! 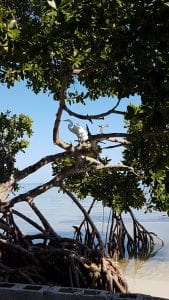 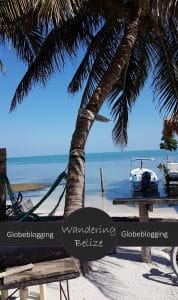 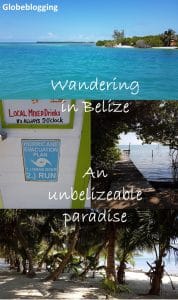 2 thoughts on “Wandering in Belize, an unbelizeable paradise”