This post contains affiliate links. Making a purchase through one of these links earns a small commission at no additional cost to you and is a great way to show your support to this site.

In what was a lesson in blindly taking recommendations and not asking enough questions, we had the hotel book us into a day trip out to Teotihuacan, one of the largest Pyramids outside of Egypt. We didn’t get to Teotihuacan until 1pm, had nothing to eat until 4pm – which was dreadful – and were dragged around to things we weren’t at all interested in doing.

On our way out to Teotihuacan we stopped off at Tlatelolco, Aztec ruins so close to the city they are surrounded by modern constructions. It is also the site of a mass grave located by archaeologists in 2009, believed to be from the Spanish conquest. 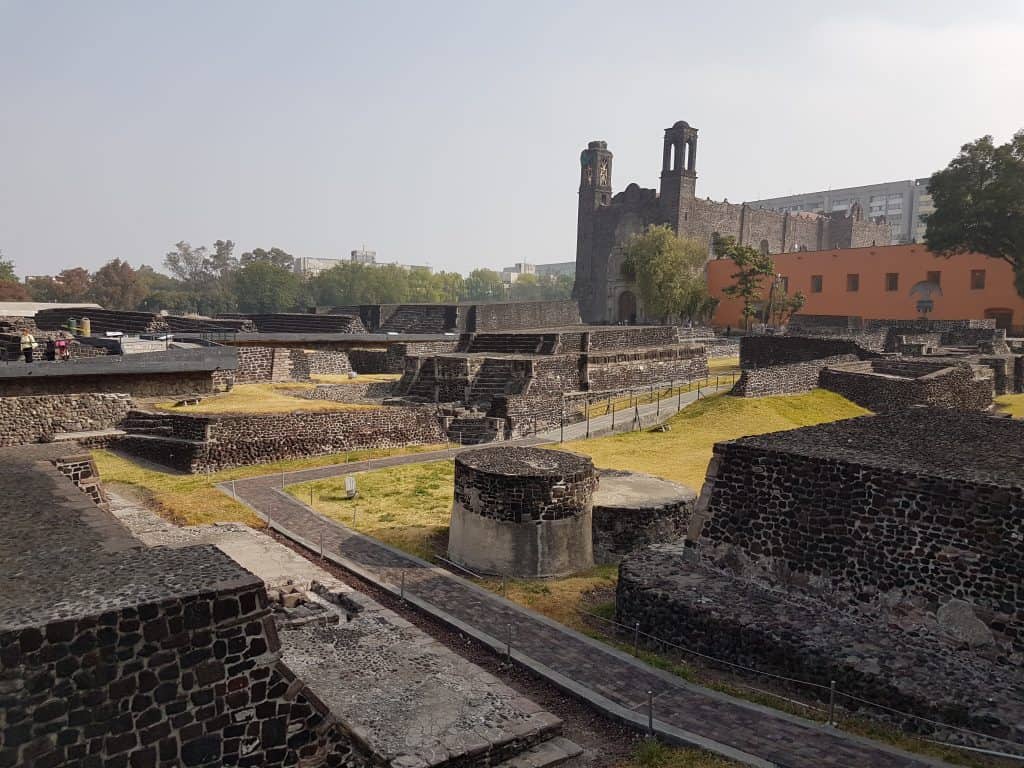 My big tip for Teotihuacan is get there early, like this! The sun rises over the Pyramids and it is far less crowded. When we got there the crowd was unlike anything I have ever seen with queues just to get to the climb itself. It took us well over an hour to get through the queue and climb the 243 odd steps and 65m to the top of the Pyramid of the Sun. When we got there we were unable to take a single photo without someone standing in the way! The middle of the day is the hottest part, and the area is completely exposed to the sun. It is less than pleasant to be waiting and climbing in the full strength of the sun.

Despite this, it was a pretty darn cool experience! The pyramid borders the remains of the Mesoamerican city Teotihuacan, long ago abandoned to the elements for reasons no one has ever discovered. From the Pyramid you can see the structure of the city stretching out below.

It was insanely crowded at the top of the Pyramid of the Sun, everyone jostled for the best position, arms thrust in the air seeking the perfect selfie. We found the next layer down was far less crowded and spent some pleasant time sitting on the edge, with enough space to take clear photos. 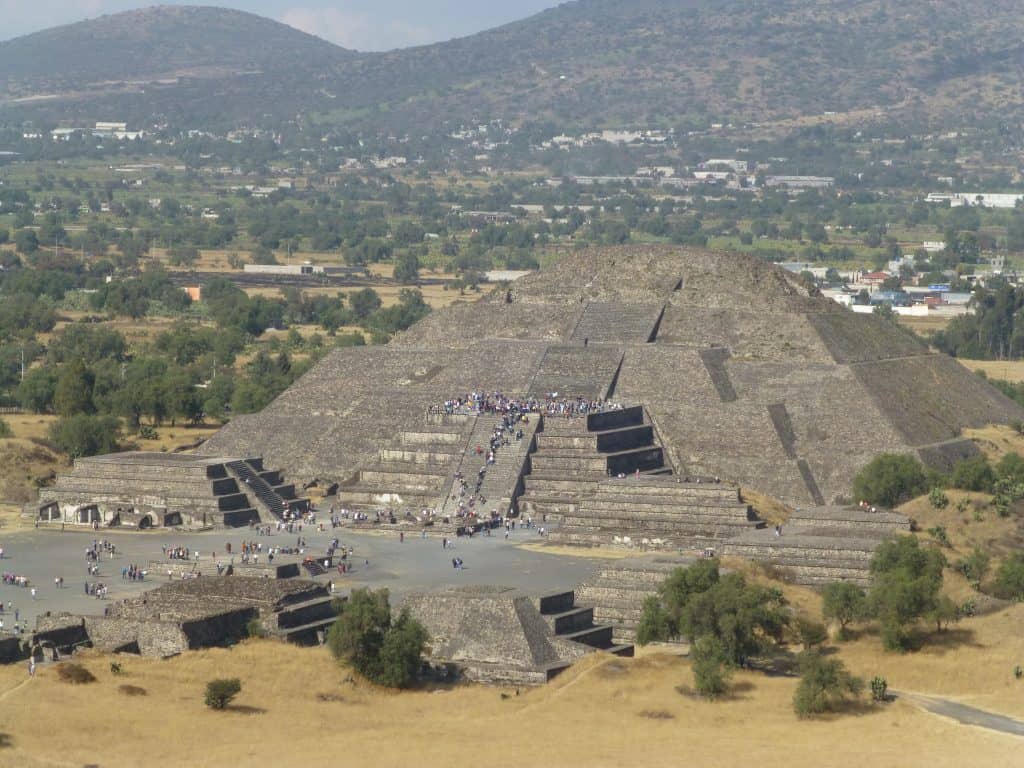 I’m not going to go into detail about the average meal while serenaded by Mariachi singers, nor the stinky workshop where we sampled liqueur made from cactus and Mexican rum. The rum was like rocket fuel but the liqueur actually wasn’t bad.

We also stopped by a silver factory to watch Rafael, who designed the jewellery for the movie Titanic. We each got a design carved in a small piece of silver. I wonder where mine is…

We did meet a lovely kiwi couple on their honeymoon who were great for some laughs. Unfortunately they flew to Cuba the following day or we would have caught up with them again.

Our final, reluctant stop was the Basilica of the Virgin Mary, which stands beside a newly built one.  The original is the oldest church in Mexico. It was the strangest experience walking through it, as I felt I was walking lopsided. The Basilica has a distinct lean. Mexico City sinks a couple of centimetres each year, due to being built on an underground lake. It’s more obvious in some buildings than others but not easy to capture in photographs.

So it’s pretty evident that while I do recommend visiting Teotihuacan to anyone traveling to Mexico City, I wasn’t a massive fan of this particular tour. But let me provide you with some other options.

How to get to Teotihuacan

Teotihuacan is located around an hours drive from Mexico City, so this isn’t a journey you can undertake on foot. There are a number of options for getting there.

The bus from Mexico city to Teotihuacan leave approximately every 30 minutes from Terminal del Norte, or the Potrero Metro station. As at April 2019 a ticket will cost 50 pesos one way. There are reports of robberies on the buses however, so best to leave expensive gear at your hotel if you are choosing this route.

Uber tends to be a cheaper option than taxi’s in Mexico, and potentially safer given the presence of unauthorised taxi’s, but according to online forums a trip out to Teotihuacan will cost approximately 500 pesos each way depending on the demand at the time. Given this is around US$25, this might be a good option particularly if you are sharing the costs with others.

The advantage to making your own way is the freedom to spend as much time at the site as you want, rather than being limited by the tour itinerary. All that I had the time to do was climb the Pyramid of the sun and take some cactus photos! There is a whole city to explore as well as the museum.

Now just because the tour I took didn’t turn out quite the way I expected doesn’t mean they are all bad. And there is the benefit that a tour will include the costs of entry to Teotihuacan as well as the transport.

I recommend getting to Teotihuacan early before the sun and the crowds, so a sunrise tour might be worth checking out. This also means you have some time to look through the museum and more of the site, instead of just climbing the pyramid.

You can also organise a Teotihuacan Private tour.

For a different experience you can also take a hot air balloon over Teotihuacan before your walk through the city.

If you choose to make your own way for a self-guided tour, there is an entrance fee of 75 pesos, which includes entry to the museum.

Teotihuacan is open every day of the year between the hours of 9am to 5pm. 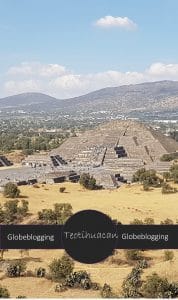 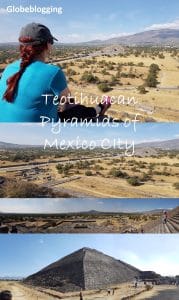