If you love a good road trip, they don’t come much more spectacular than New Zealand, where around every corner it seems there is yet another breathtaking view to pause for.

Hiring a car and driving round the islands offers the flexibility of designing a trip just how you want it, with the freedom to stop and check out whatever you like. Whether its for snow-capped mountains, perfect reflections or epic landscapes, believe me, if you’re a photography fan you’ll be stopping a lot!

I’ve driven myself around a large portion of this remarkable country, so if this is something you’re also looking to do read on for some of the things you’ll need to know about driving in New Zealand! 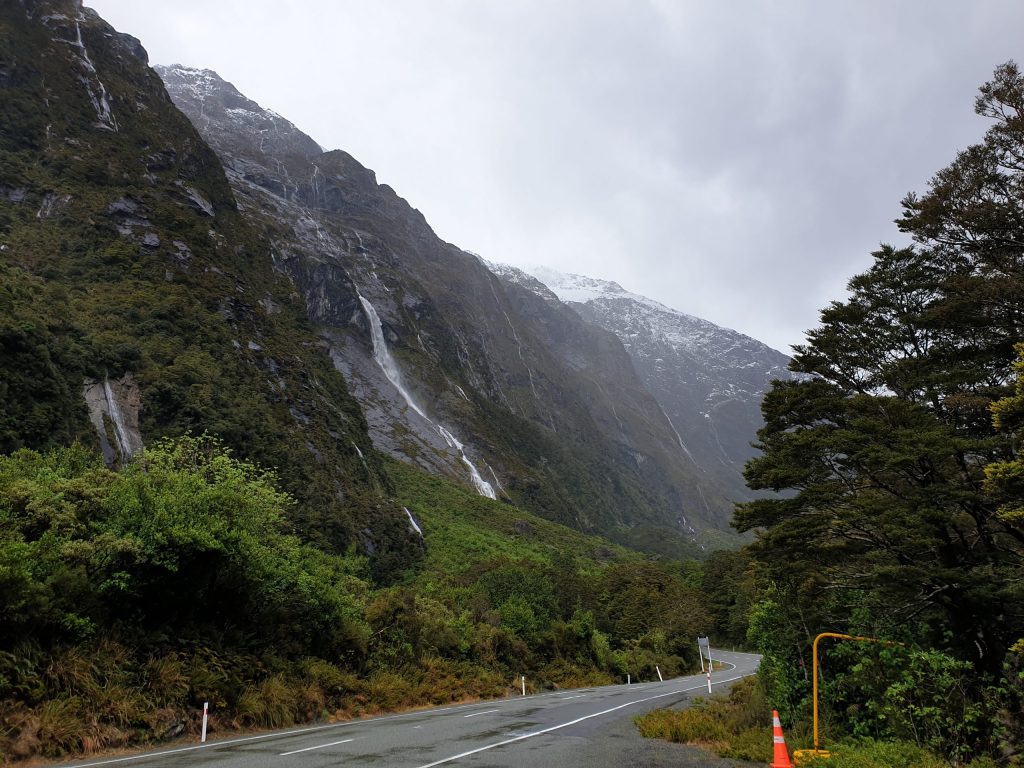 Can I drive in New Zealand?

It’s always a good idea to check the official advice for any changing requirements, but you’ll need to meet the following;

Under normal circumstances you can drive for a maximum of 12 months from the date you arrive in New Zealand. This resets every time you enter the country.

You are permitted to drive the same class of vehicle as your overseas licence permits. 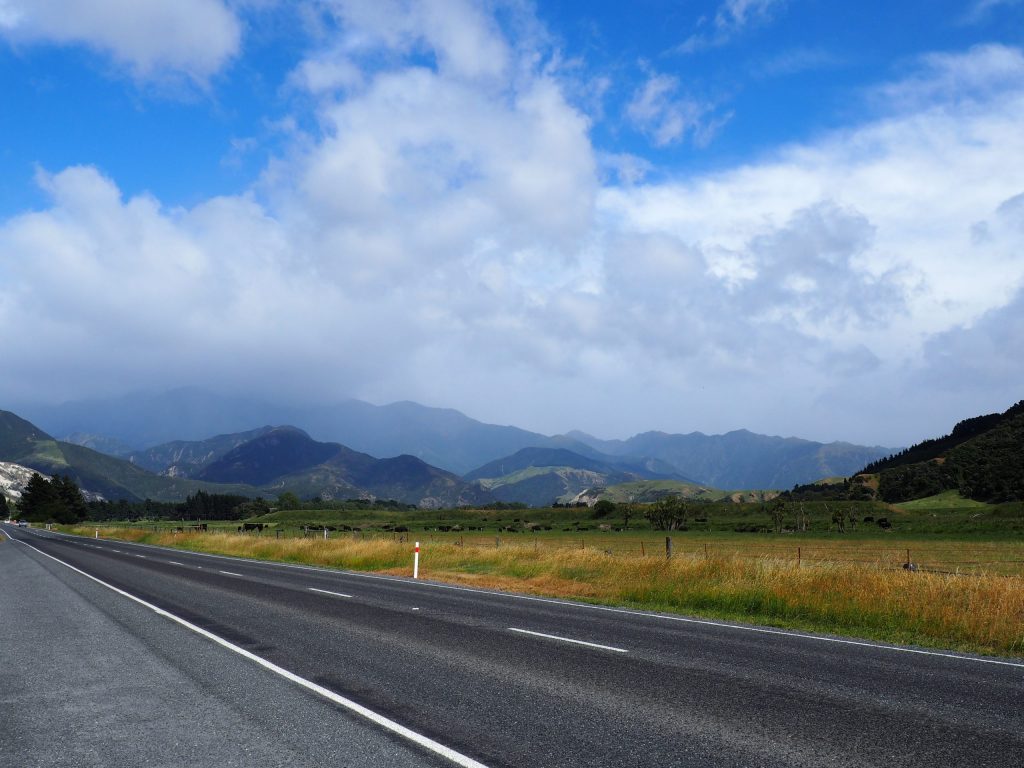 If you’re a fellow Australian, you shouldn’t have too much difficulty adjusting to the driving in New Zealand, because it isn’t all that different. You must give way to your right and keep left. Warning and regulatory signs are almost the same, but signs indicating parking and stopping zones are different. Don’t expect to see warning of approaching a speed or red light camera. Abiding by stop signs and red lights are strictly enforced.

Drink driving laws are strict and are tightly enforced and could result in suspension of your licence and gain you a criminal record. Drivers under 20 years old have a zero alcohol limit while for over 20 the limit is the same as Australia.  The law prohibits driving if you have taken a drug which impairs your driving ability. This includes some prescription drugs.

As in Australia, you are not permitted to be handling your mobile phone while driving. I took my windscreen phone holder over with me. 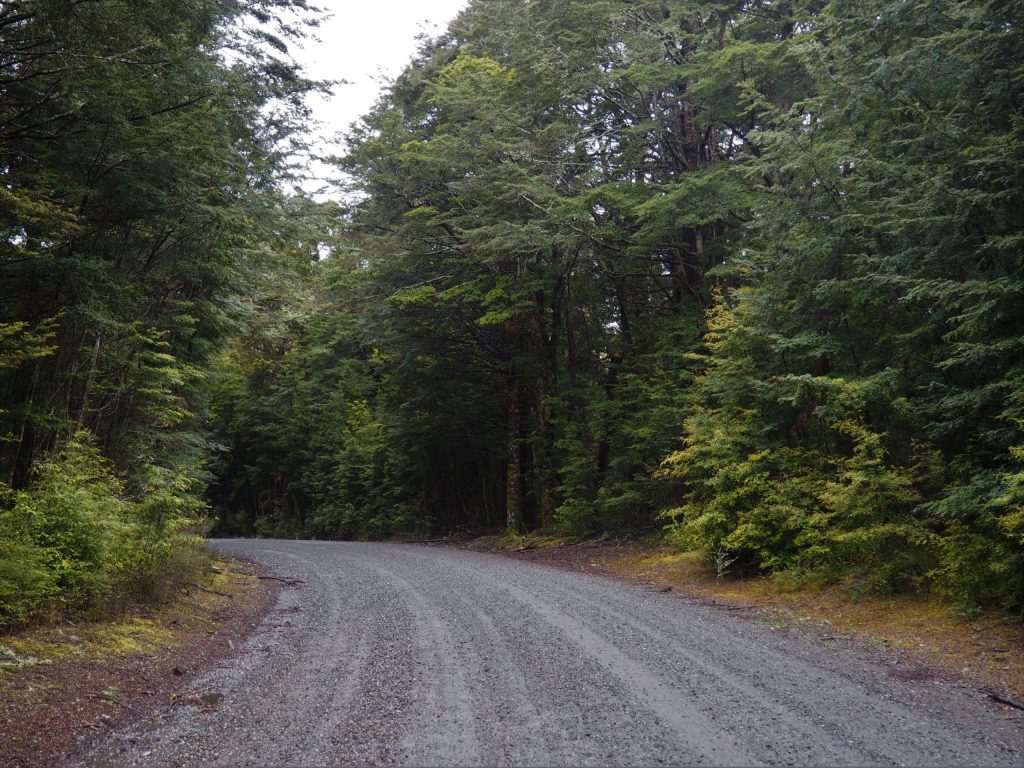 Generally you will need to be over the age of 21 to hire a car in New Zealand. Depending on the hire company you may find you need to pay additional charges if you are between the ages of 21 and 25. I did find one company that will hire to drivers from the age of 18 so check carefully the specific requirements of the company. There are many to choose from but I rented through Apex on both islands, finding them cheaper than the bigger companies with plenty of pick up and drop off options. They were also great to deal with in relation to any issues.

It’s always best to get the insurance that means you don’t fork out a massive excess in the event of an incident. After all no one plans to have an accident. Also pay attention to any fine print about where the vehicle isn’t covered by the policy. There are many unsealed roads in New Zealand if you are exploring further afield.

Skippers Canyon near Queenstown is listed as one of the most dangerous roads in the world and no vehicle is insured to travel on it. It was used as composite location in the Lord of the Rings.

Driving in New Zealand: what they don’t tell you

While driving yourself around the country may sound like a great holiday on a budget, you’ve probably forgotten to take petrol prices into account.

Like Australia, fuel is sold by the litre, and it is very expensive. The further away the truck has to deliver it, the more expensive it gets.

Below was the price in Wanaka on the South Island in December 2019. It’s an argument in favour of hiring a smaller and more economical car. 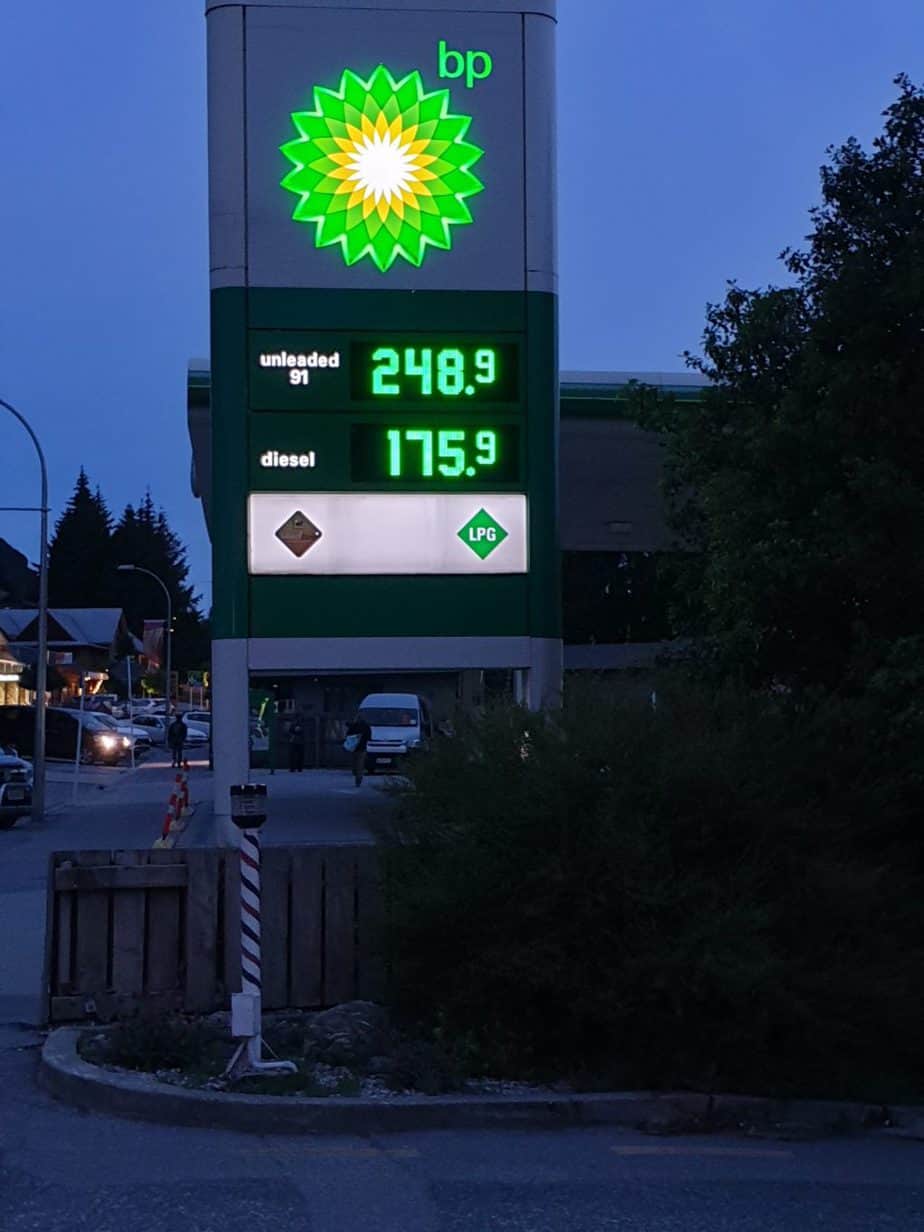 With prices this high, you may as well save some money wherever you can! I wish I’d found about about these earlier in my trip!

Basically every main road outside of a city is a motorway. But don’t expect a Motorway to look like they do in Australia with multiple lanes for each direction.

The motorways will generally have two lanes, one for each direction. From time to time a passing lane will appear.

Much the same as Australia, the speed limit in urban and built up areas is 50 km/h.

Outside of that, most of the speed limits are generally 100 km/h.

I found this mildly terrifying at times. While my licence history would attest to the fact I generally have no issue going fast, many of the roads are winding with not a great distance of visibility ahead so it seems awfully fast. Not all of the roads are in great condition either, I clipped a pothole doing 100 km/h on a rural road and I can tell you it gave me one heck of a fright.

Don’t feel pressured to drive faster than you feel safe to. I did see a couple of accidents on my travels so I think some tourists do feel like they need to do the limit. Pay attention to the signs indicating to slow down before corners.

Remember if you aren’t comfortable doing the top speed, be courteous and pull over when it is safe to do so and allow other cars to pass. This is particularly important on roads with a solid yellow line, which indicates cars are not allowed to travel into the other lane to pass you (though many still do!) 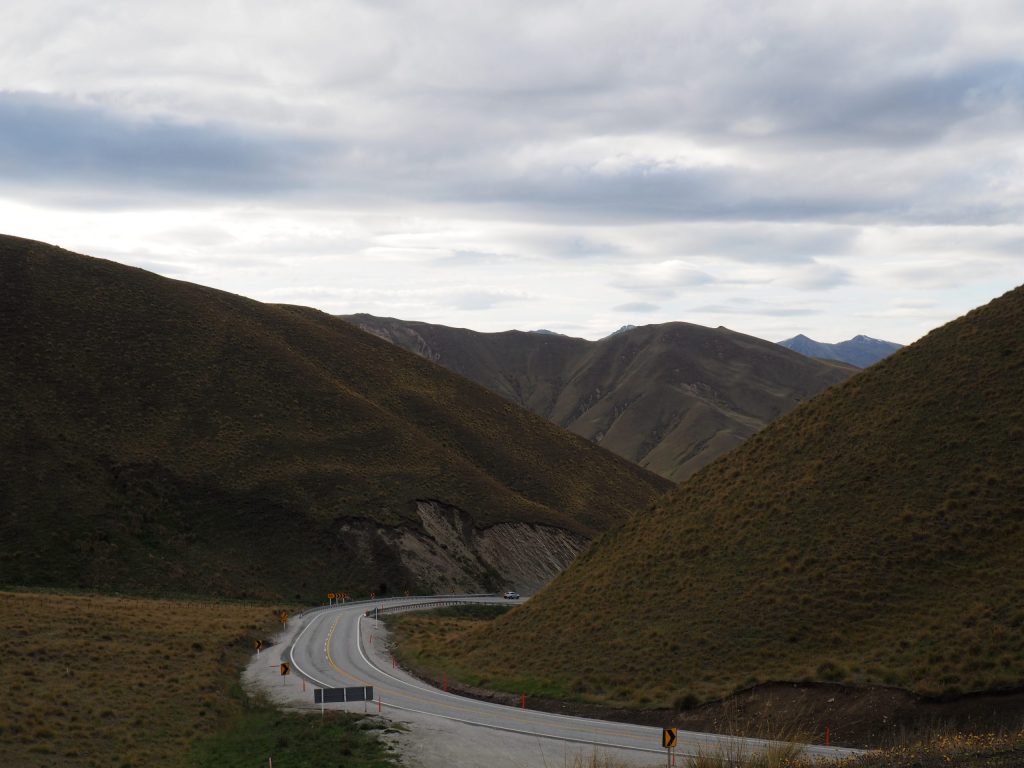 I have never seen as many roadworks as I did in New Zealand. They are always working on the road quality.

They are also really prompt at getting on top of road issues. When driving down to Milford Sound, one of the wettest places in New Zealand, part of the road was gathering water from the rain. Crews were there monitoring and cleaning up so the traffic could be kept flowing or it could be closed promptly to keep the road safe.

You can check out some footage of the drive down to Milford Sound below, it is truly a spectacular drive and I loved being able to stop along the way whenever I wanted to take photos.

Check if your journey is impacted by any issues or closures at the NZ Transport Agency. This was absolutely critical to me to monitor landslides which had taken out the road to my next destination. Staying up to date meant I was able to adjust my travel plans before I departed.

There are over 3000 road level railway crossings in New Zealand. While they will have warning signs a couple of hundred metres beforehand, its amazing how they can sneak up on you when you’re going 100 kms! Keep watch for the warning signs of tracks approaching. 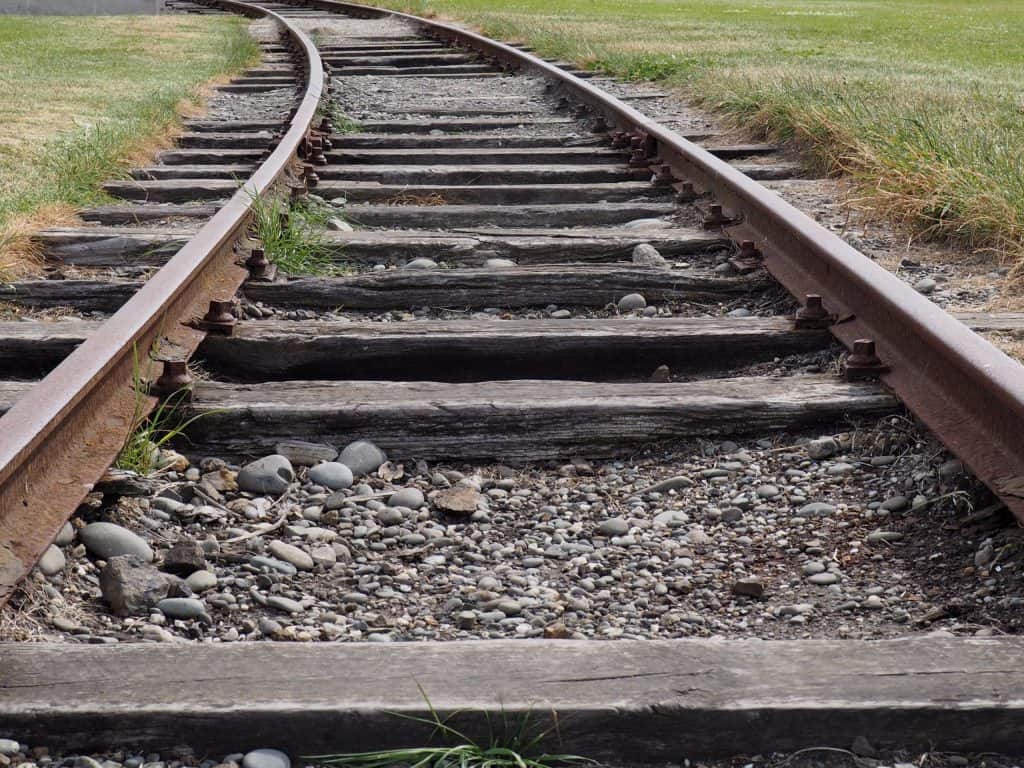 My first visit to New Zealand was before the time of smartphones and google maps, and I drove all over the North Island with barely a glance at a map. You might need a little help in cities of course, but if you’re traveling between towns and cities you can virtually point your car in the right direction and follow the signs. My pronunciations did make for some giggles the one time I needed to ask for directions.

I can speak from experience and say that December in New Zealand is wet! To the point of Wanaka being flooded and I had to find some indoor activities in Queenstown.

Some parts of New Zealand will get heavy snow during winter and this can impact on the roads. Most rental companies will provide snow chains with vehicles if required, but this is something to consider if these are not conditions you are accustomed to driving in.

Have you got any tips about driving in New Zealand to share? Let me know in the comments below! 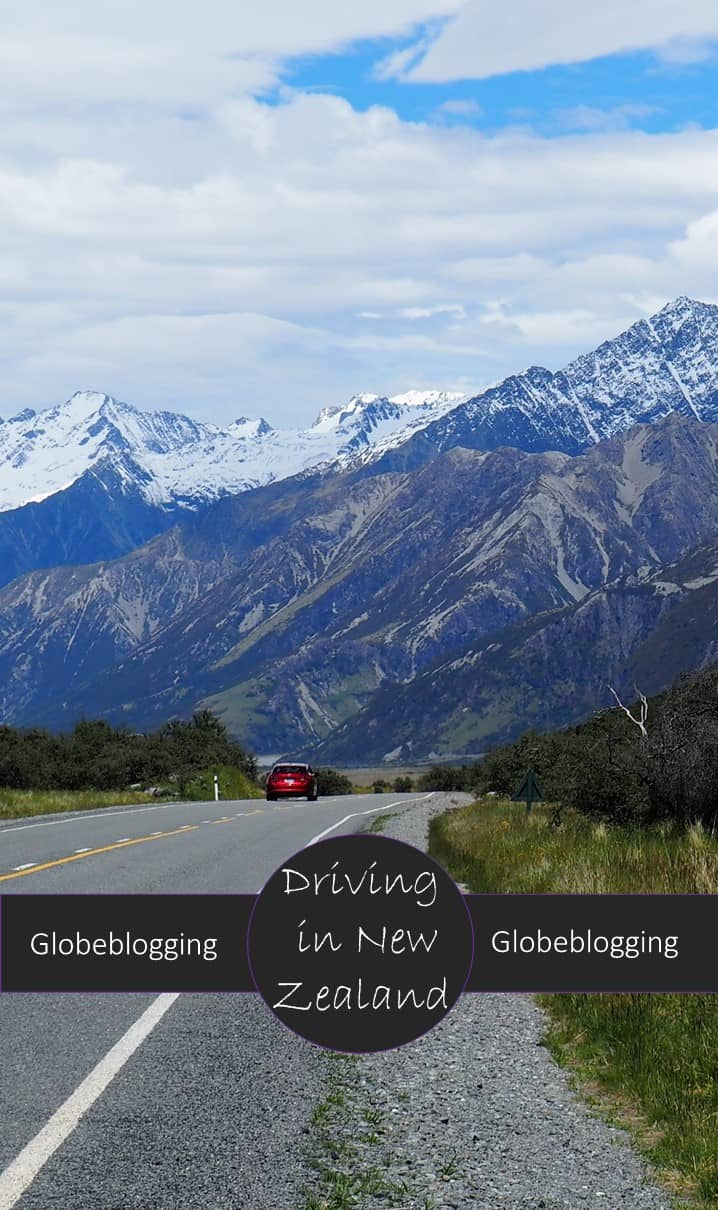 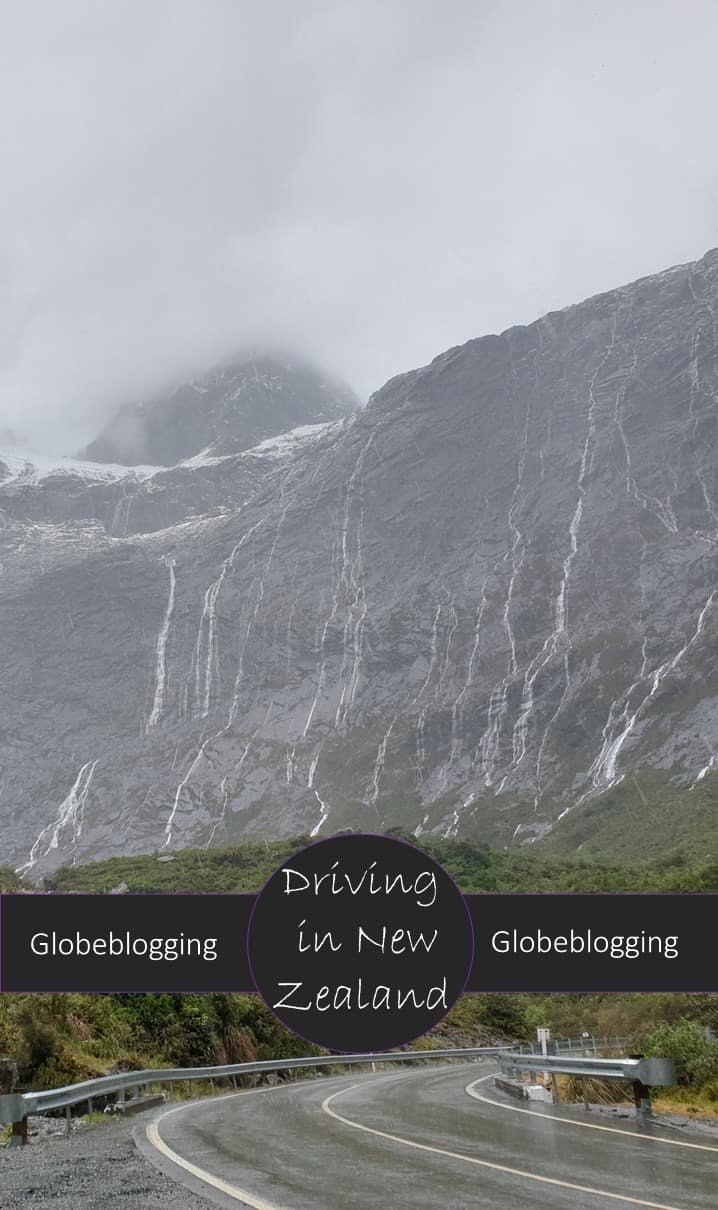 2 thoughts on “Self driving New Zealand; what you need to know”